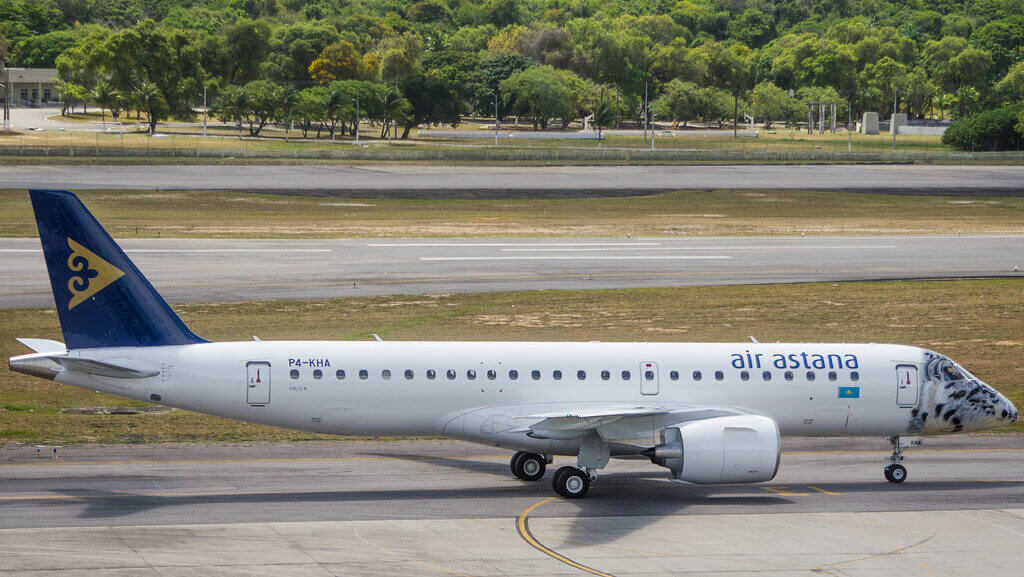 The aircraft has redesigned wings, a redesigned fuselage, and energy efficient engines.

The aircraft has improved aerodynamics, a redesigned fuselage and wings and is powered by new Pratt & Whitney Geared Turbofan engines.

It is fitted with 108 seats and features a wireless entertainment system.

Air Astana is pleased to be flying the Embraer 190-E2 on domestic services across Kazakhstan, as well as to destinations in Russia, Central Asia, the Caucasus, Ukraine and China.

The aircraft is fitted with 108 seats in a four abreast / two-by-two layout which provides more legroom and additional luggage storage space.

E2 has a wireless entertainment system, which enables passengers to watch movies and listen to music from their personal devices.

The E2 can accommodate up to three rows or 12 passengers in business class.

However, the pitch is only 33in and the seats are in the same 2×2 configuration as economy. 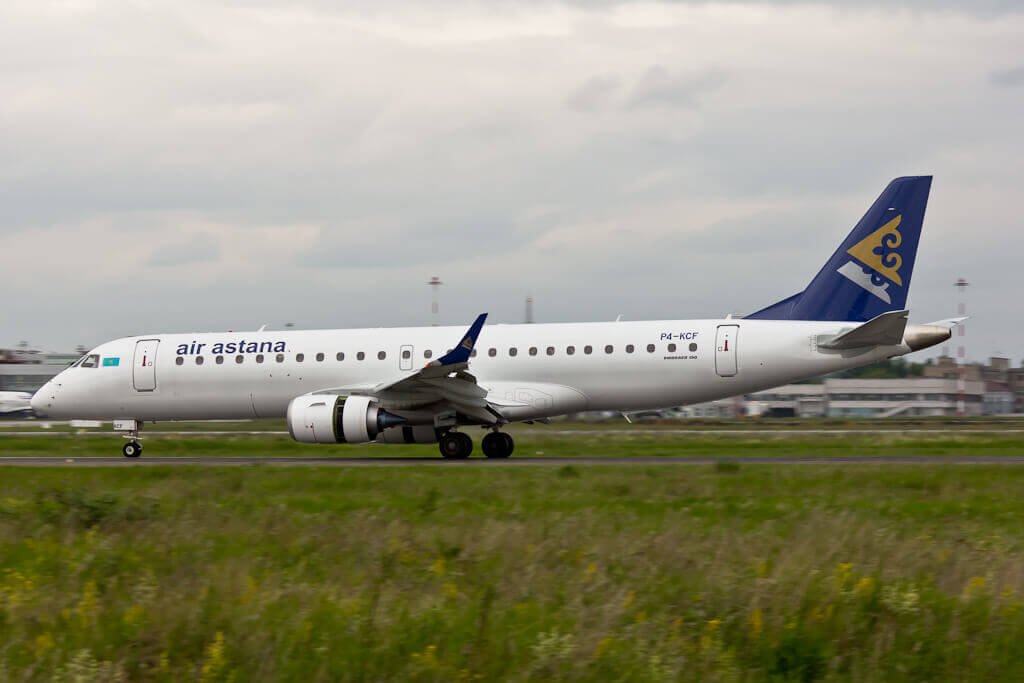 The aircraft is used on short and medium range routes.

The engines and engine nacelles are supplied by General Electric.

The aircraft carries 13,000kg of fuel and is fitted with a Parker Hannifin fuel system.

The legroom was average, along with the width and recline. 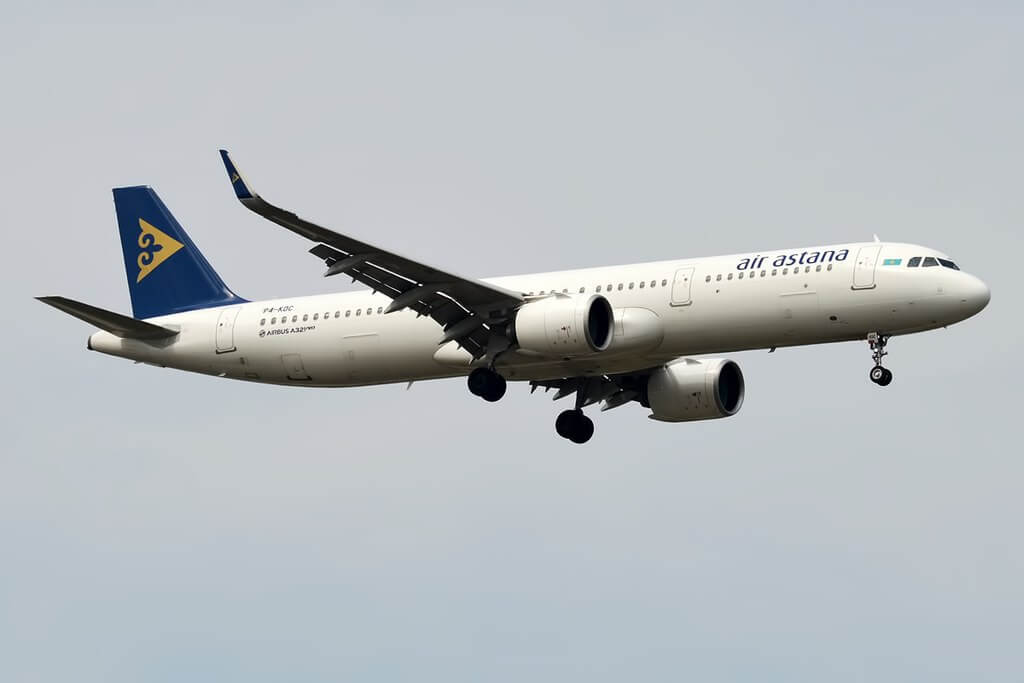 The Air Astana Airbus A321neo is an advancement from the classic A321-200.

The new Airbus A321LR aircraft will gradually replace the fleet of Boeing 757s, which have been in operation since 2003.

The aircraft is equipped with the latest generation Pratt & Whitney engines, which reduce fuel consumption by 20%, maintenance costs by 5%, carbon emissions by 20% and noise levels by 50% compared with current generation of aircraft.

The specification of the Business Class flat beds, Economy Class slim seats and other cabin amenities will ensure that passengers experience the very highest standards of comfort and service on routes to Western Europe, Southeast Asia, Moscow, Dubai, Istanbul and Beijing.

In the economy class, the Recaro seats provide increased comfort for long flights and are equipped with individual 10-inch screens.

The design of the interior trim, curtains and seat covers for both business and economy classes have been specially developed for Air Astana, with a combination of elegance and sophistication that embraces a clear national identity.

The A321LR cabin is equipped with a Zodiac (RAVE) in-flight entertainment system, which is in common with all other Airbus and Boeing aircraft in the fleet. 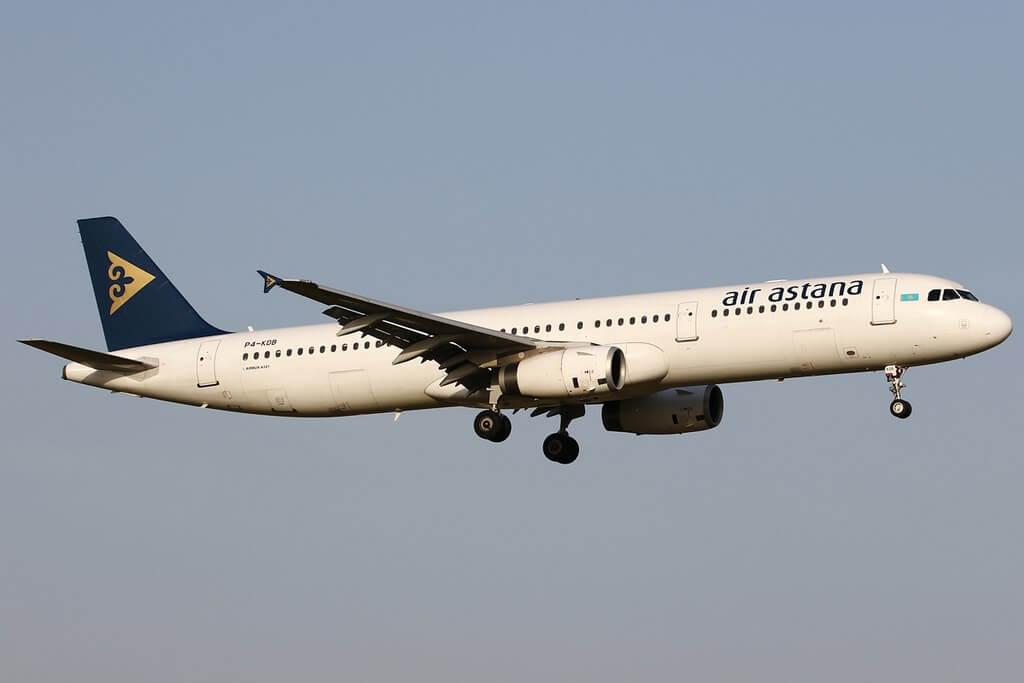 The Air Astana Airbus A321-200 presented here is used on the airline’s medium traveled routes.

As the longest-fuselage member of Airbus’ best-selling, single-aisle A320 Family, the A321’s cabin offers passengers even more space in which to relax and enjoy the flight.

Air Astana’s A321 business class cabins are huge, with a total of 28 seats.

The business class cabin consisted of a total of seven rows, with seats in a 2-2 configuration.

Air Astana’s A321 business class seats are similar to what you’d find in domestic first class in the US.

The seats had very nice headrests that were adjustable, so it was easy to get comfortable in the seats.

The plane’s entertainment was limited to built-in audio, as well as video screens that lowered from the overhead.

Thanks to visiting AirlinesFleet.com and read article : Air Astana Fleet Airbus A321-200 Details and Pictures. 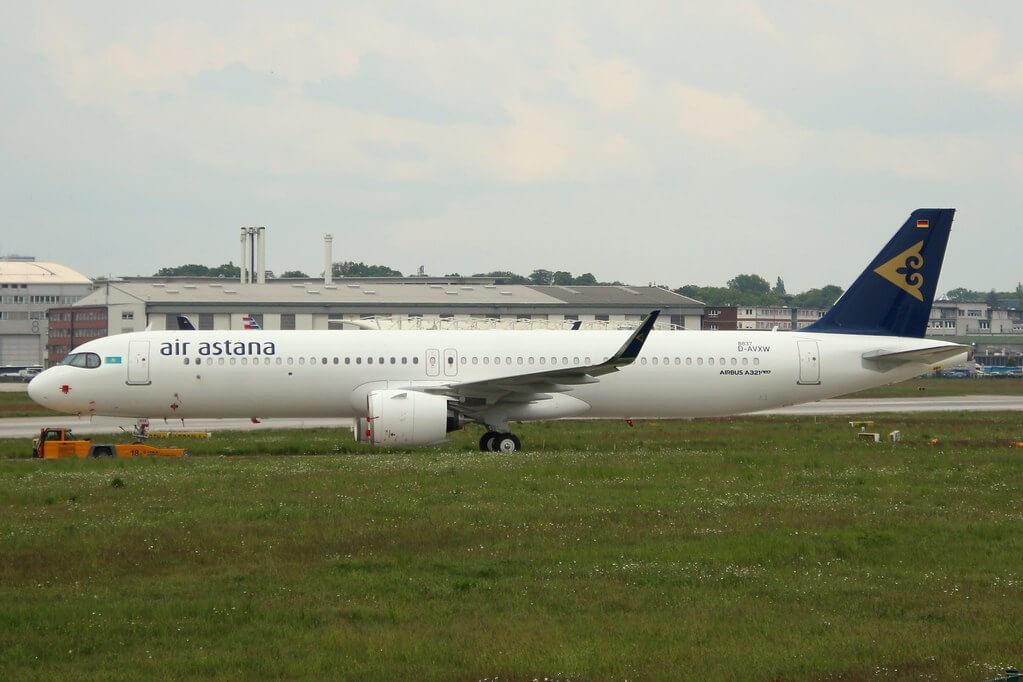 The Air Astana Airbus A320-200 presented here is used on the airline’s medium traveled routes.

The narrow-bodied, medium-range jet airliner has 148 seats: 16 in business class and 132 in economy.

The Airbus A320-200 integrated into the route network and fly to Almaty, Astana, Beijing, Delhi, Moscow, St. Petersburg, Kiev, Istanbul and Abu Dhabi.

There’s a foot rest and each seat has its own universal power point beneath the inner armrest, which is wide enough for two and has both a small fixed shelf area and a pullout shelf for extra space to put drinks, bowls of nuts, etc.

Seat recline was reasonable but unremarkable, and there’s plenty of overhead bin space for the number of seats.

Row four is the back one, and with this plane type there is no hard partition between business and economy.

There’s no seat-back IFE screen – instead, tablets are handed out offering KCTV’s range of about 50 movies plus games and a couple of TV series.

This system is very easy to navigate and the headphones that come with it are comfortable and work well – a strap in the seat-back in front of you allows you to hang the tablet at face height for more comfortable viewing.

Thanks to visiting AirlinesFleet.com and read article : Air Astana Fleet Airbus A320-200 Details and Pictures.