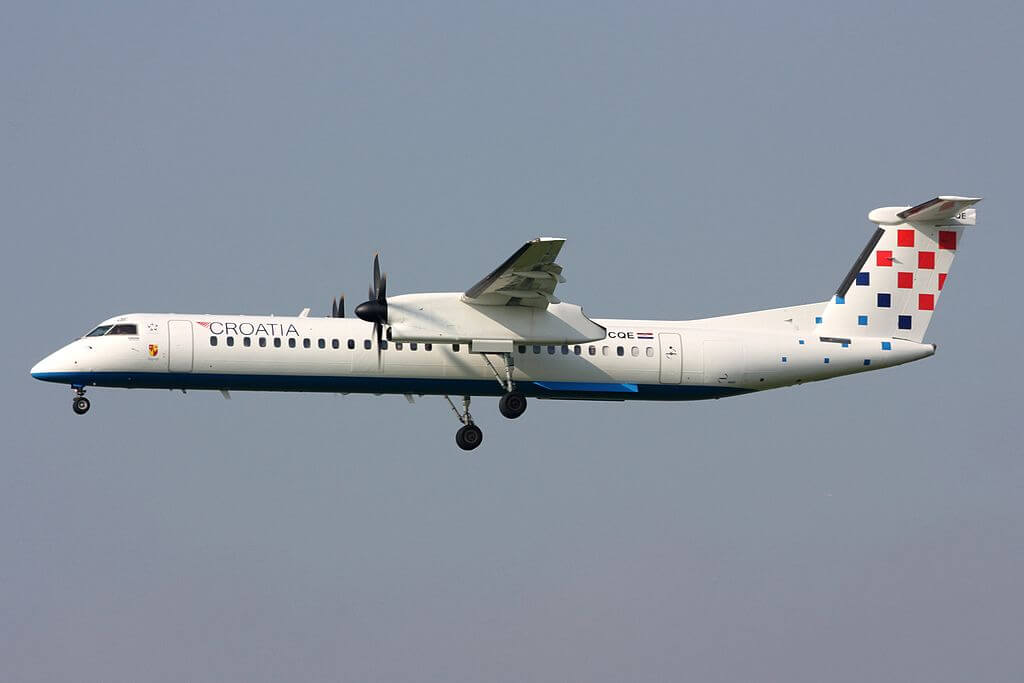 Dash 8 was developed in the early 1980s as a modern and efficient short-haul aircraft intended to replace the 60s and 70s models on an increasing number of regional routes.

The original series 100 could carry up to 38 passengers and could fly at a high cruising speed considering its power.

Series 100 was followed by the more powerful series 200 and the bigger series 300 (that could carry up to 56 passengers), after which the company was acquired by Bombardier Aerospace, which soon recognised the need for a even bigger and faster aircraft that could compete with regional jets.

The new series 400 that completed its maiden flight on 31 January 1998 had a longer fuselage and could carry up to 78 passengers, had twice as powerful engines and could cruise at an amazing speed of 650 km/h (nearly the half of speed of sound).

On top of these improvements, series 400 had the letter Q (for ‘quiet’) added to its name to emphasise the reduced cabin noise and vibration.

The Q400 is a modern turboprop aircraft.

The aircraft are configured with 76 standard seats arranged in Business Class and Economy Class seating.

Business Class is dedicated to the first three rows of the aircraft, however, it may be contracted or expanded depending on demand.