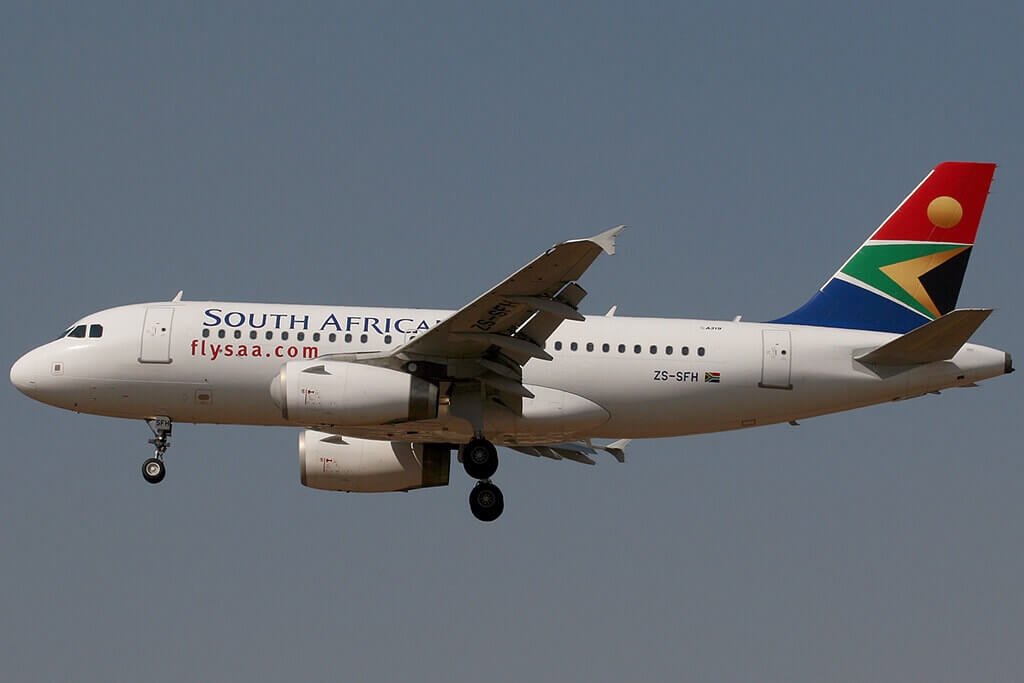 SAA’s Airbus A319-100, the BabyBus of SAA fleet, is a shorter version of the A320, the cornerstone of Airbus’ single aisle fleet.

The Airbus A319 retains the benefits of overhead stowage, different options in ambient lighting and noise reduction, while its shortened fuselage allows us to fly the aircraft across SAA short-haul route network.

Reduced flight noise comes thanks to the Airbus A319’s use of RNP-AR (Required Navigation Precision – Authorisation Required) procedures combined with RTA (Required Time of Arrival) operations that eliminates the need for flight holds, and enables a continuous descent approach which helps reduces fuel use.

This South African Airways Airbus A319-100 features a two class configuration; with 25 seats in Business and 95 Economy Class seats, for a total seating capacity of 120 passengers.

The seat had a small footrest, which was well positioned, though it also limited what you could place underneath the seat in front of you (even when folded up, it still created a barrier of sorts).

The tray table folded out of the seat in front, and flipped over, so that you could use either half a tray table or the entire tray table.

There were power outlets on the center armrest between seats.

Narrow-body aircraft Airbus A319-100 South African Airways has 2 classes on board (business and economy) with total of 120 seats.

Thanks to visiting AirlinesFleet.com and read article : South African Airways Fleet Airbus A319-100 Details and Pictures.