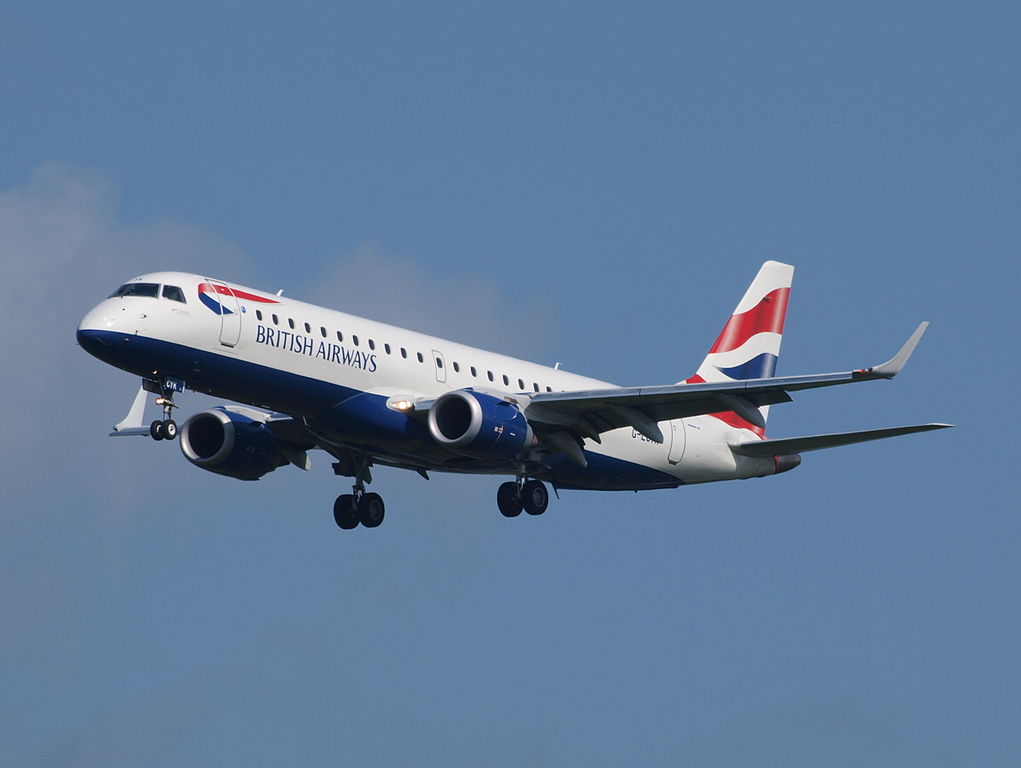 The Embraer 190 is a narrow-body, twin-engine jet airliner manufactured by Embraer, a Brazilian aerospace company.

The aircraft is a low wing design with engines mounted below the wings.

The wings of the Embraer 190 are fitted with winglets, which reduces the drag and provides increased lift and improved efficiency.

The high-performance, high-efficiency engines are very quiet and the aircraft exceeds the noise and emission-related requirements established by the International Civil Aviation Organisation (ICAO).

Despite being a regional aircraft, the Embraer 190 provides ample space in the passenger cabin, with easy access to the overhead lockers.

British Airways’ subsidiary, CityFlyer, flies the Embraer 190 UK Domestic from London City airport to other destinations across the United Kingdom.

British Airways has seven Embraer 190s in its fleet.

The aircraft seats a total of 98 passengers.

British Airways has seven Embraer 190s in its fleet.

The aircraft operates on a variety of routes, including: