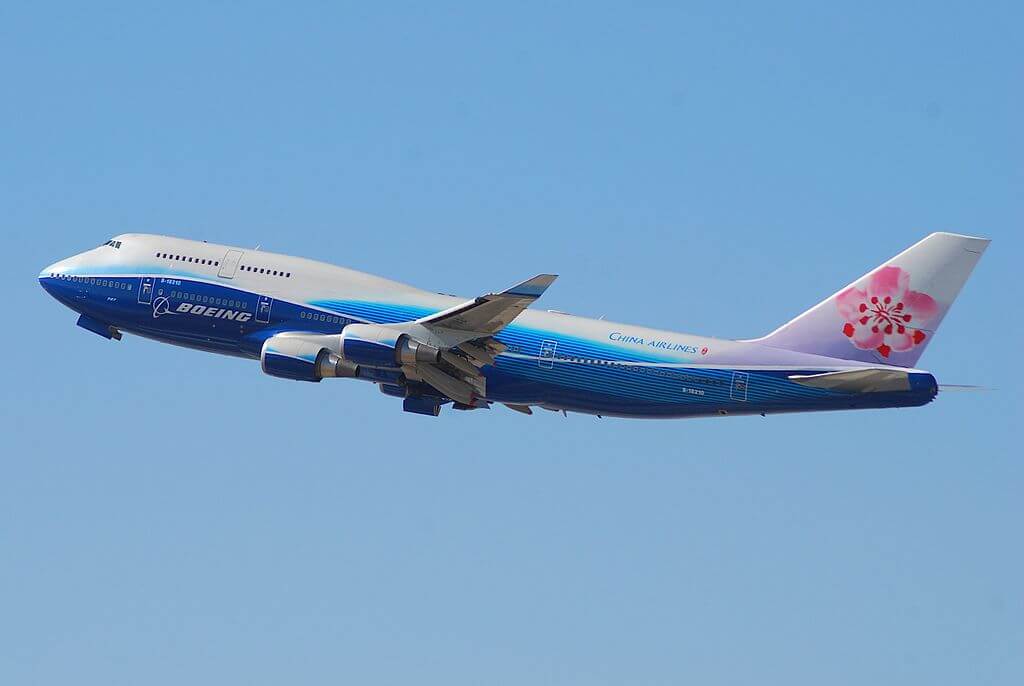 There’s only 4 passenger aircraft, and 18 configured as cargo aircraft.

The B747-400 is the flagship of China Airlines’ fleet and used on long-haul routes to Europe and the USA as well as shorter routes such as Japan.

This configuration is refurbished version from the old layout.

The First Class 180-degree lie-flat beds are side by side and not in the more private individual pods installed in the latest third generation.

Business Class features older style recliners and does not have the lie flat beds many other airlines have installed.

Personal video screens are available in First and Business Class and are slowly being installed in Coach.

Coach has only average legroom, while many Asian airlines have two or three more inches of legroom in their long-haul Economy Class cabins.

The aircraft featured a two-class layout with 70 seats in business class, and 319 in economy.

Business class seats are arranged in either a 2-2 or 2-3-2 configuration, with all 24 on the upper deck being the former.

Business seats all face forward and are the angled lie-flat type.

But the size is generous with a 60-inch pitch and width of 19 inches.

There is a simple pull out tray table, an inflight entertainment unit, and a reading lamp located beside the headrest.

Unlike the growing number of carriers that have begun using touch screens, China Airlines still uses the conventional remote control set in the hand rest.

Seats on the upper deck are quieter as they are located further away from the engine.

Row 9 on the upper deck offers ample legroom, as there is a big gap between it and row 8.

Food is served from the back, so for those who do not wish to be frequently interrupted, the seats located at the back of each cabin should also be avoided.