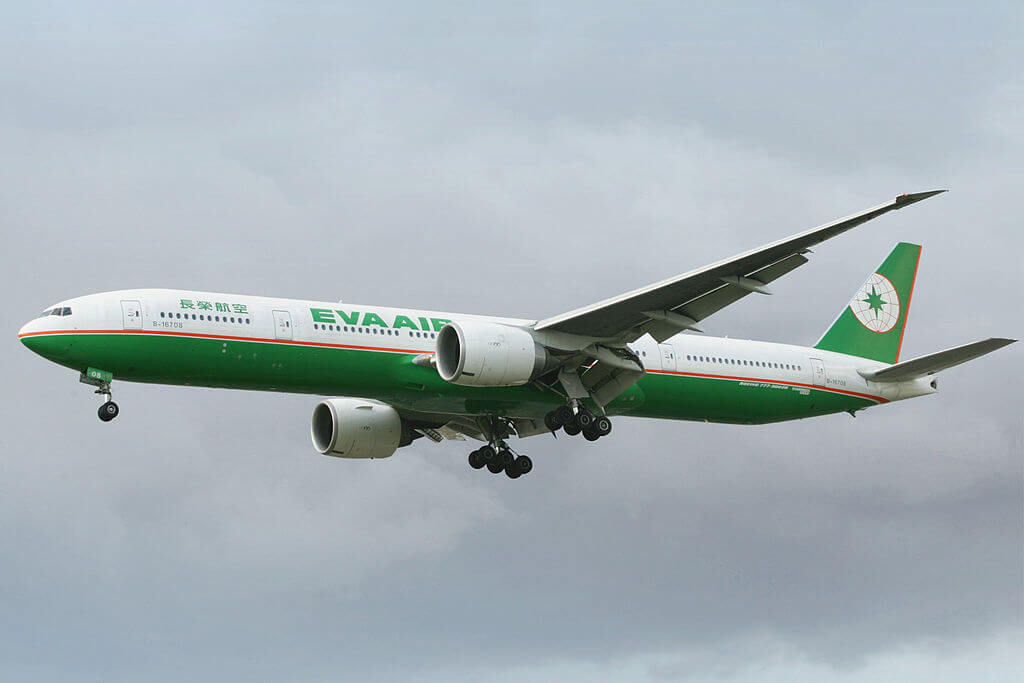 This extended-range aircraft is the stretched version from Boeing 777-200.

Since its launch, the -300ER has been a primary driver of the twinjet’s sales past the rival A330/340 series.

Business class on this aircraft features lie-flat seats in a 1-2-1 reverse-herringbone layout offering aisle access to all seats, divided into two cabins.

Coach seats in the tight 3-4-3 layout common nowadays on 777s, but with 33 inches of legroom — more than on most Triple Sevens.

Unlike the Airbus A330s which sport business class seats in a 2-2-2 layout, those aboard the airline’s Boeing 777 jets come in a much more pleasing 1-2-1 configuration

As you’d expect, the difference between the two is significant – here on the Boeing 777, there’s more elbow room and storage space for your gear.

If EVA Air’s Royal Laurel business class seat looks familiar to you, that’s because it’s a customised version of the popular Zodiac Cirrus seat as also flown by Air France, American Airlines, Cathay Pacific, Finnair, Vietnam Airlines and others, which many would regard at a high standard.