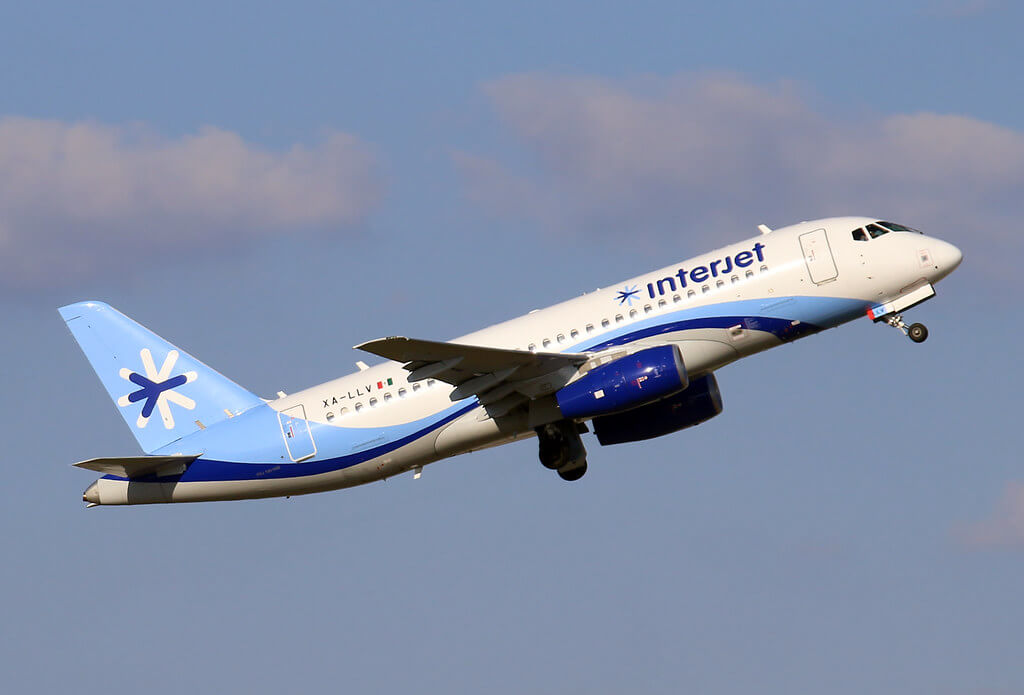 The InterJet Sukhoi Superjet 100 is a modern Russian made twin-engine regional jet.

InterJet was the first airline in North America to add the SSJ-100 to their fleet.

The Superjet 100, is characterized for its accessibility in regional airports, light components and fuel efficiency.

After indicating that it would retire the Sukhoi Superjet, Interjet has backtracked, issuing a press release to say that “we will continue to operate this aircraft” — and then issuing another statement indicating that at least some of the airplanes will be phased out.

Most Comfortable Space features 34 inches legroom space between seats with no additional cost.

This aircraft has a maximum capacity of up to 103 passengers, which Interjet has reduced to a total of 93 passengers, with an exclusive interior design to offer you the best flight experience.