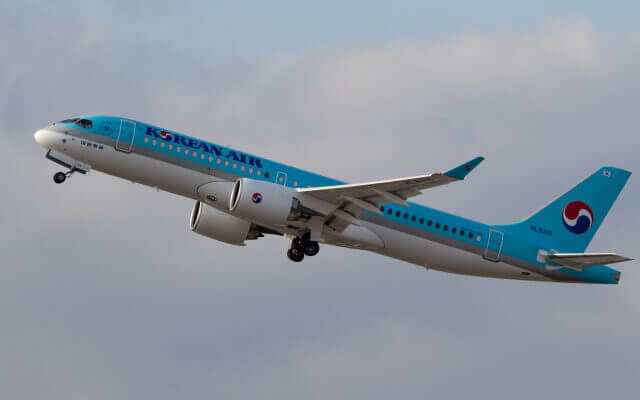 This aircraft configured with Economy Plus and standard Economy class cabin.

This aircraft is currently used on regional routes, however, may expand internationally in the future.

All seats aboard the Airbus A220-300 have a slim, ergonomic design with sliding cushions and a 118-degree recline, offering exceptional comfort.

You can access various wireless AVOD contents through your personal mobile device (cell phone or tablet) by using the in-flight WiFi.

Download the beyond-M app on your personal device before boarding the A220-300 flight to experience various in-flight entertainment provided by Korean Air.

Thanks to visiting AirlinesFleet.com and read article : Korean Air Fleet Airbus A220-300 Details and Pictures.