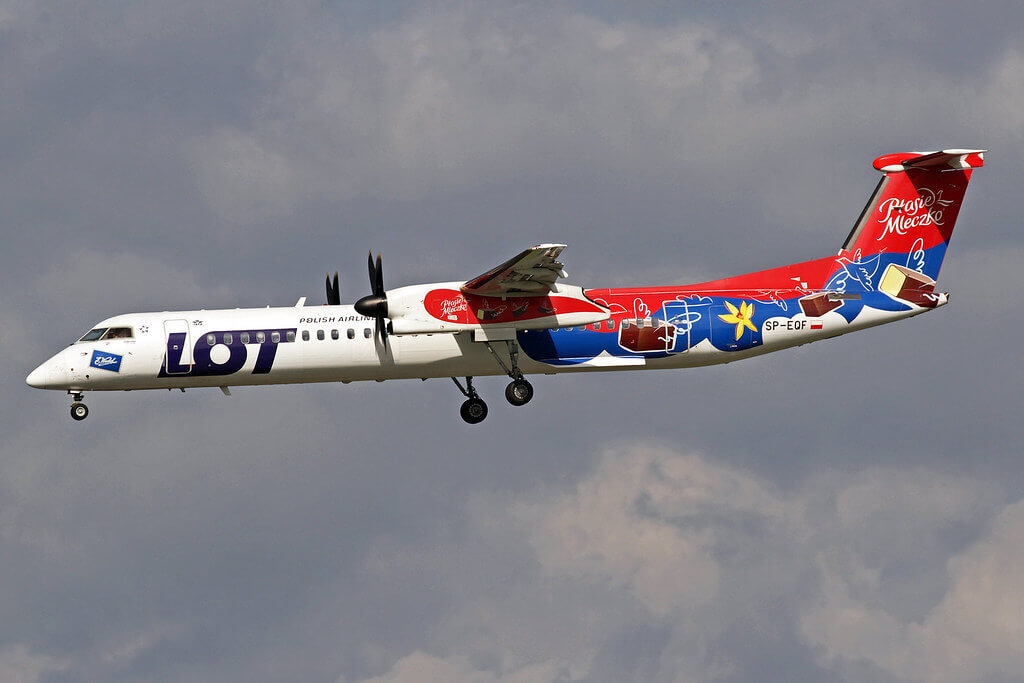 DHC was later bought by Boeing in 1988, then by Bombardier in 1992; then by Longview Aviation Capital in 2019, reviving the de Havilland Canada brand.

Powered by two Pratt & Whitney Canada PW100s, it was developed from the Dash 7 with improved cruise performance, lowered operational costs but without STOL performance.

The Q Series are post-1997 variants with quieter cabins.

Economy has 78 seats in a 2-2 config; this is pretty standard for these aircraft.

Legroom-wise, the Economy pitch of 79cm is average, though of course what that means for you depends on how tall you are!

There is no in-flight entertainment on this aircraft.