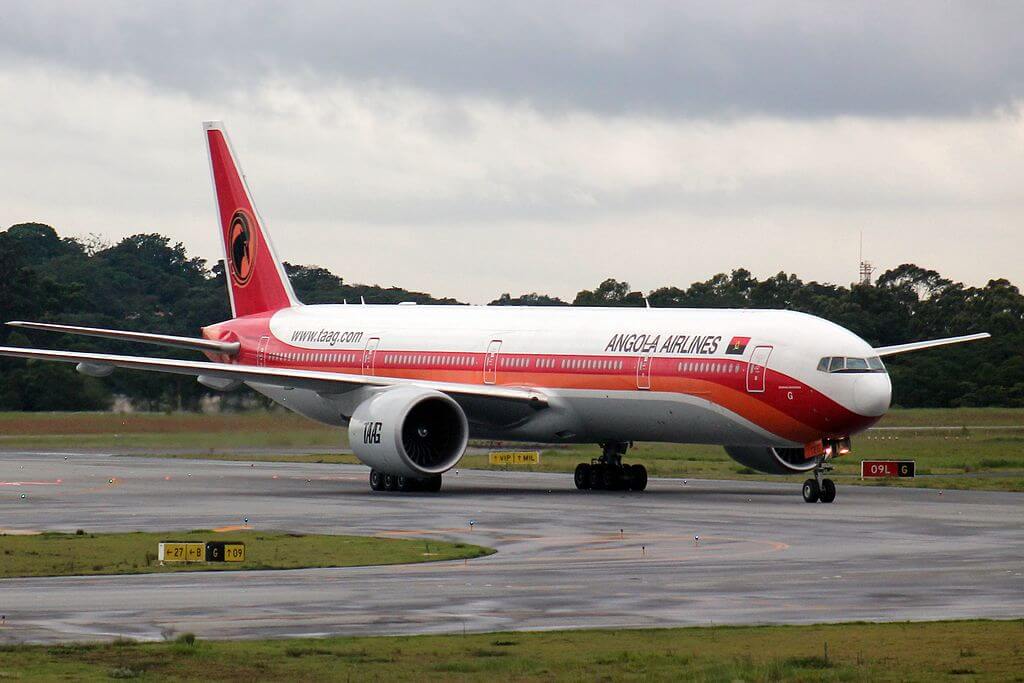 It has capacity for 293 passengers and 3 different flight classes (first, business, and economy class), similar with the smaller variant B777-200ER.

With spacious seating and large luggage compartments, the 777-300 ER offers you a comfort that will make you feel at home.

The Boeing 777-300ER is 19 percent lighter than its closest competitor, greatly reducing its fuel requirement.

The aircraft is configured with 12 semi-enclosed First Class suites, 56 Business Class seats that transform into a fully-flat bed, and 224 standard Economy Class seats.

TAAG’s old first class is in an open layout, and the seats as such reminded of what you’d find in Oman Air’s old business class.

While not the most modern first class out there, the cabin layout is lovable, especially when the cabin isn’t full, since it’s so spacious.

While the seat was old, it was well padded and comfortable.

There was an ottoman, which could also act as a buddy seat in case you want to dine face-to-face with someone.

Underneath the ottoman was an exposed storage compartment.

However, there was also a huge amount of storage on the console to the side of the seat.

The TAAG 777-300ER has a wide cabin and these seats are angled, so there’s a lot of room where you can place things, including one big storage bin.

To the side of the seat were the seat controls, as well as a 110v and USB outlet.

There were no menus in first class, but rather there was just the choice between chicken, beef, and fish.

From reclining seats to the best cuisine, First Class gives you the best TAAG flight experience.

Business class seats offers a lot of foot space, probably even more than the official 64” (162cm).

The Recaro seats with blue covers and retractable outward armrests seem to be of exactly the same hardware as the former Lufthansa Business product of the pre-fullflat seat era.

Every Business passenger gets a full amenity bag – on a flight of less than four hours.

The aisles did seem really wide.