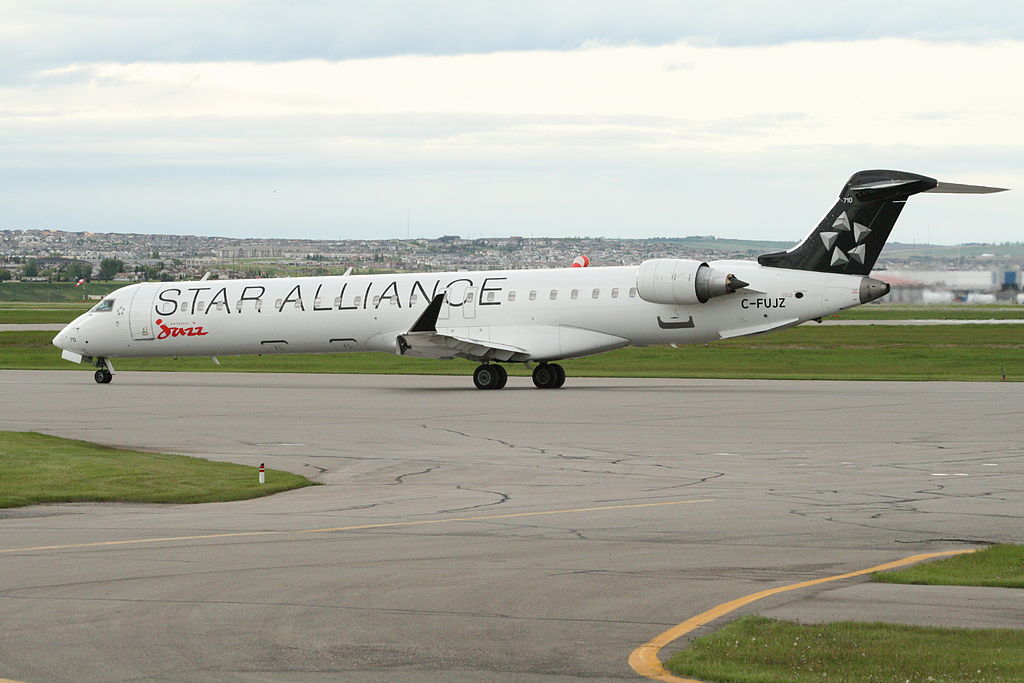 There are 21 of this aircraft type in the fleet which are owned and operated by Air Canada Jazz – an Air Canada subsidiary.

Inflight services and product is consistent with Air Canada mainline.

This aircraft is used on short-haul domestic and trans border flights.

Overhead and under seat storage are very limited on this small aircraft Canadair Bombardier CRJ900.

Cabin sized suitcases will typically not fit under seats or in overhead compartments and will need to be checked at the aircraft door.

Window seats have less leg and shoulder room than aisle seats due to the curvature of the plane.

Passengers should bring their own earphones to avoid the $3.25CAD charge.