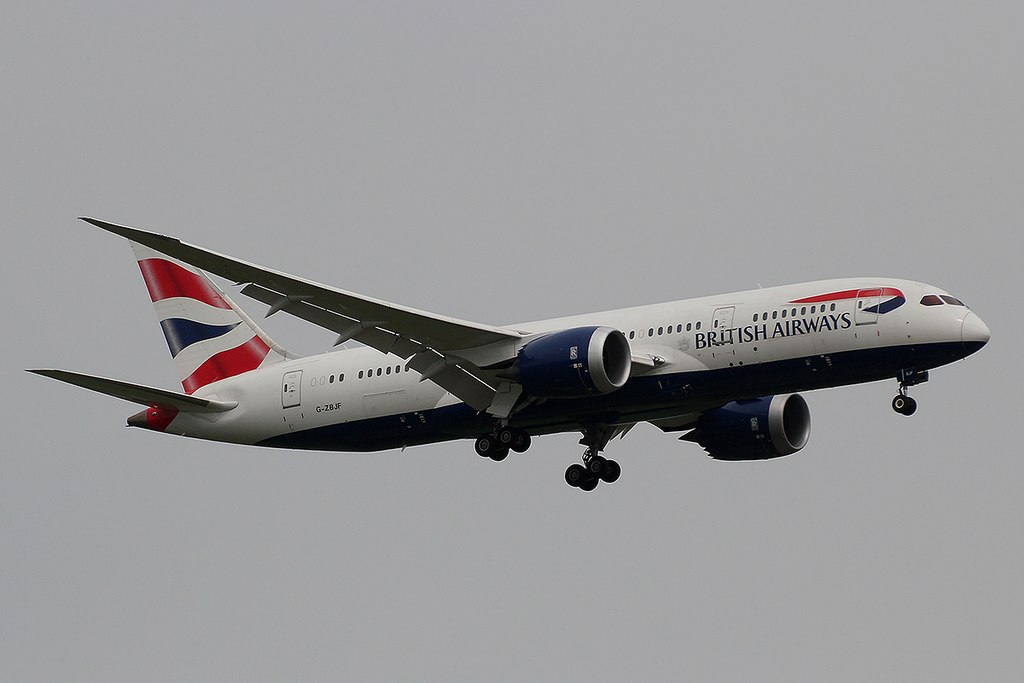 British Airways 787-8 services long-haul routes from London to Toronto and Newark, as well as short haul routes to Stockholm.

This aircraft operates in a three class configuration carrying a total of 214 passengers.

The aircraft is 20% more fuel efficient than similar sized commercial jets it is designed to replace, and to date, is Boeing’s most fuel efficient aircraft.

Composite materials make up 50 percent of the primary structure, including the fuselage and wing.

The engine nacelles are made of serrated edges that reduce the noise levels both outside and inside the cabin, by up to 60%.

The windows are more than 30 percent larger than those on most similarly sized airplanes.

Instead of pulling shades up and down, customers can adjust the brightness of windows with a button.

Club World seats A,K,E offer a bit more privacy than the aisle seats and may be considered more ideal for those passengers traveling alone.

There are entertainment boxes in front of all window and aisle seats, which may restrict legroom slightly and impede underseat storage space.

All A,K,E seats of this class are ideal for passengers who are travelling alone as they provide some privacy.

There are 21 seats in the first section.

All these seat are standard.

Only close location of the seats 1F, 1J, 3BDFJ to galleys and lavatory may be a problem.

The second section has 14 seats located in 2 rows.

The only disadvantage of the seats 6BDFJ is proximity of the galley.

The seats of the 10th row are often given to passengers with infants as these seats have bassinets located here.

Also there is no floor storage for these seats during takeoff and landing.

There are 154 standard seats in the Economy class.

The only disadvantage of the seats of 30th row is lack of floor storage during take-off and landing.

The seats 26DEF, 26HJK and the seats of 27th row may have limited recline and are located close to the lavatories.

Passengers of the seats of the 30th row will take advantage of extra space for their legs due to the exit row located in front.

Among disadvantages of these seats: reduced width of the seats, lack of floor storage during take-off and landing.

Also other passengers tend to gather in this area to visit lavatories.

It can get cold by the exits during the flight at the seats 30A and 30K.

The seats 37A and 37K have misaligned windows.

For passengers who are travelling with a partner will be ideal seats of the 39th row.

However, close location to the lavatory and galleys may be a problem as well as for passengers of the seats 40D and 40F and of the last 41st row.

The aircraft operates on variety of routes, including: