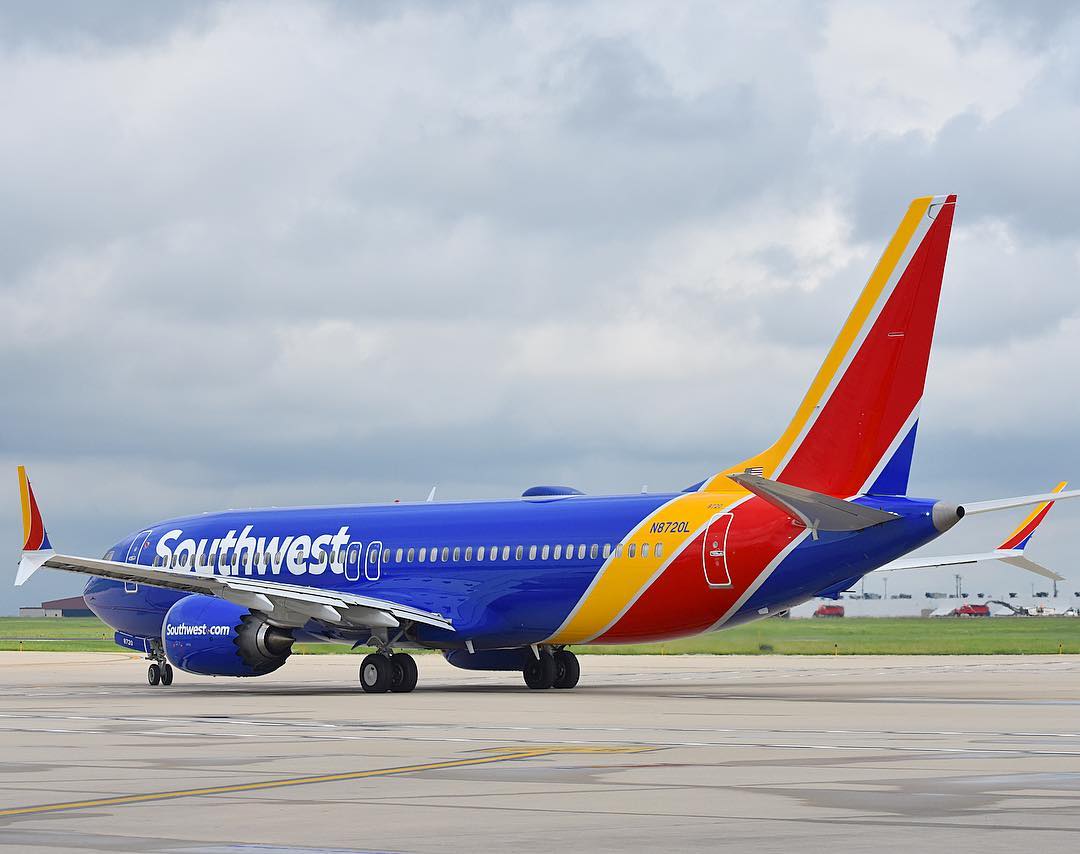 The MAX 8 is a very comfortable product that will allow Southwest to take its route network to new destinations that were once out of reach.

Between the new additions like the boarding music, mood lighting and the highlight being a quieter and more comfortable ride, passengers have a lot to look forward to with this addition to the airline’s fleet.

Southwest Airlines launched their service for the 737 MAX 8 aircraft in 2018.

Southwest’s new seats feature an adjustable headrest and the widest economy seat in the 737 market.

Seats have a lower-profile arm rest, advanced cushion support, a raised information pocket, and elevated rear seat beam that together allow for additional space for personal devices; and, overall, what Customers are asking for most, more personal space!

There is no pre-assigned seating for Southwest flights.

Your time of check-in will determine whether you are in Zone A, B, or C for boarding.

The earlier you board, the better chance you’ll have at the seat you want.

There is no audio or video entertainment on Southwest flights.

As with its predecessors, the MAX offers passengers seats in a 3-3 configuration.

It’s outfitted with the carrier’s “Heart” interior with 175 seats, which frequent Southwest flyers might recognize from its newer 737-800s.

Each of the seats has a generous 32 inches of pitch.

In addition, Southwest boasts that it has the widest seats of any other 737 variant at 17.6 inches.

And while that is surely wider than most, it comes at the cost of a smaller armrest, which is extremely narrow.

In addition, it’s not padded at all, which could get uncomfortable on a long flight.

The seats are “preclined,” meaning because they’re in the form of a “C” rather than an “L,” you’ll get little room to recline on your own.

That being said, the seats are pretty comfortable as is, and because of the generous 32 inches of pitch, it doesn’t feel so crammed.