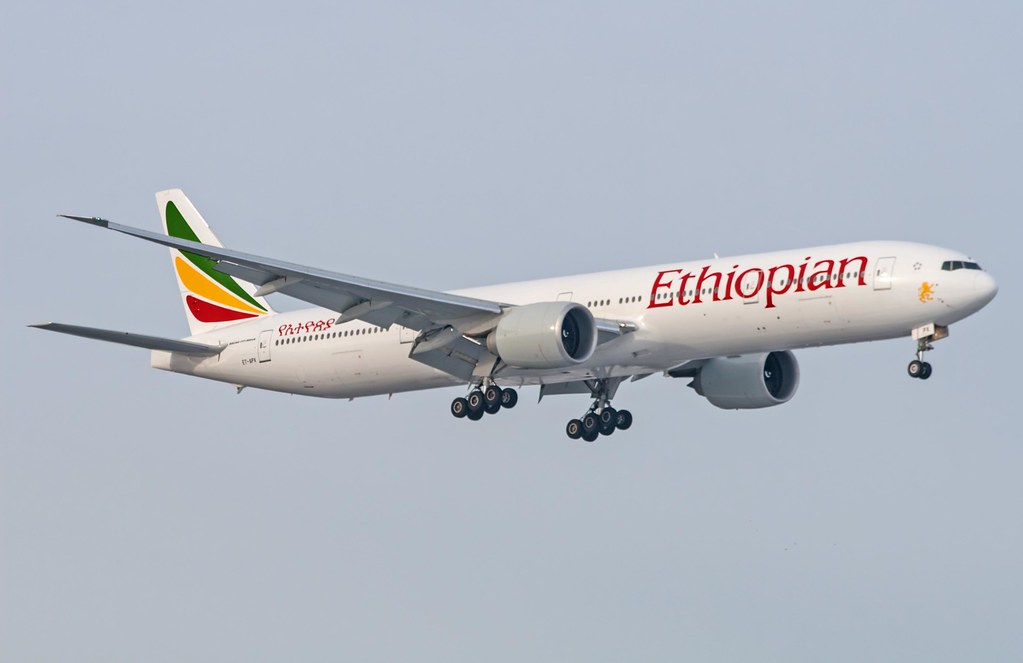 Entertainment onboard is provided via personal monitors in Cloud Nine and individual seat back monitors in Economy.

As with standard Boeing 777 seat layout, the Economy Class cabin had a 9-abreast seating configuration in a staggered 3-3-3 layout.

Business class cabin had a 7-abreast configuration in a 2-3-2 layout.

At a time when most Boeing 777 operators are going 10-abreast in the economy class, Ethiopian Airlines is one of the few international airlines that have retained the original, more comfortable 9-abreast configuration.

Seat pitch was probably up to 32 inches, which is better than the industry standard.

Another interesting feature on the aircraft was that each economy class seat had a USB port where passengers could charge their mobile devices.

For in-flight entertainment, each economy class seat on the operating aircraft had a personal touchscreen monitor that could also be remotely controlled.

The IFE system had everything for everyone including local and international movies, TV shows, documentaries, music, interactive games and a variety of audio channels.