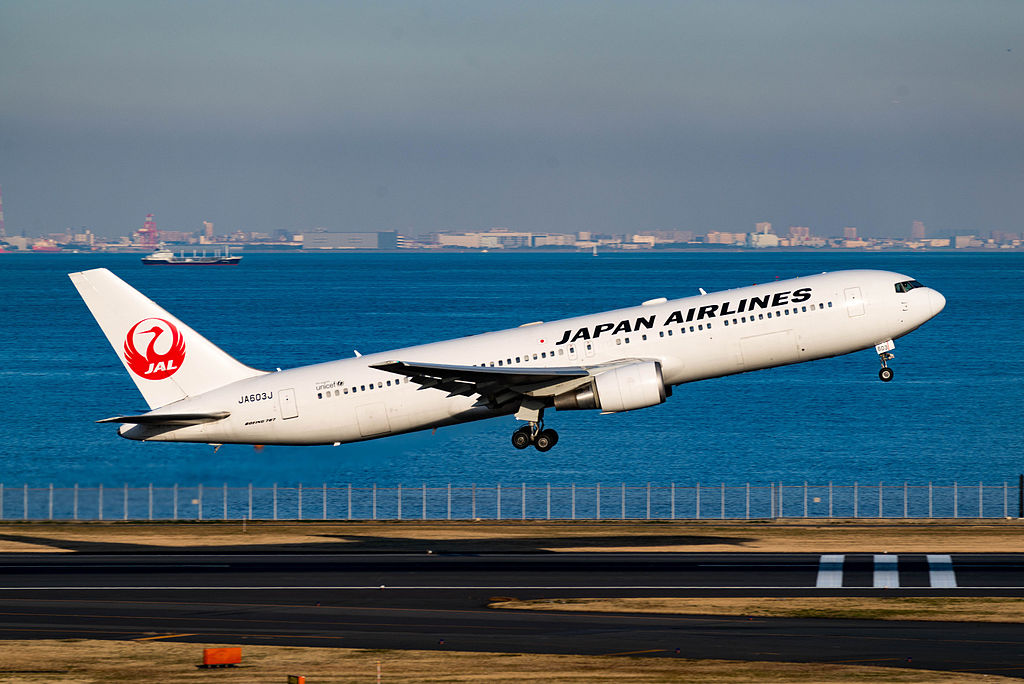 This aircraft is primarily used on Domestic and International routes.

The 767-300/ER is capable of being flown by a two-person cockpit crew through the use of system automation features and digital technology.

This aircraft is 21′ feet longer than the 767-200, and is used on domestic and international routes.

Both domestic and international flights configured with business and economy class.

Japan Airlines (JAL) operates their Boeing 767-300/ER both on domestic and international flights.

And for short international flights mostly served by Boeing 767-300ER.

This plane features the Thompson Vantage XL seats, which are staggered and less private than the Apex Suite and reverse herringbone.

The seats are the same width as the Apex Suites (at 25.5 inches wide) but slightly shorter, measuring 74 inches long as opposed to 78.5 inches long.

Your experience will consist of 175 seats in a 2-3-2 configuration.

For a smaller aircraft, this is less than ideal and can present headaches while boarding due to the sheer number of seats.

The best seats on the 767 in economy would be in the bulkhead of row 15, which will give you extra legroom.