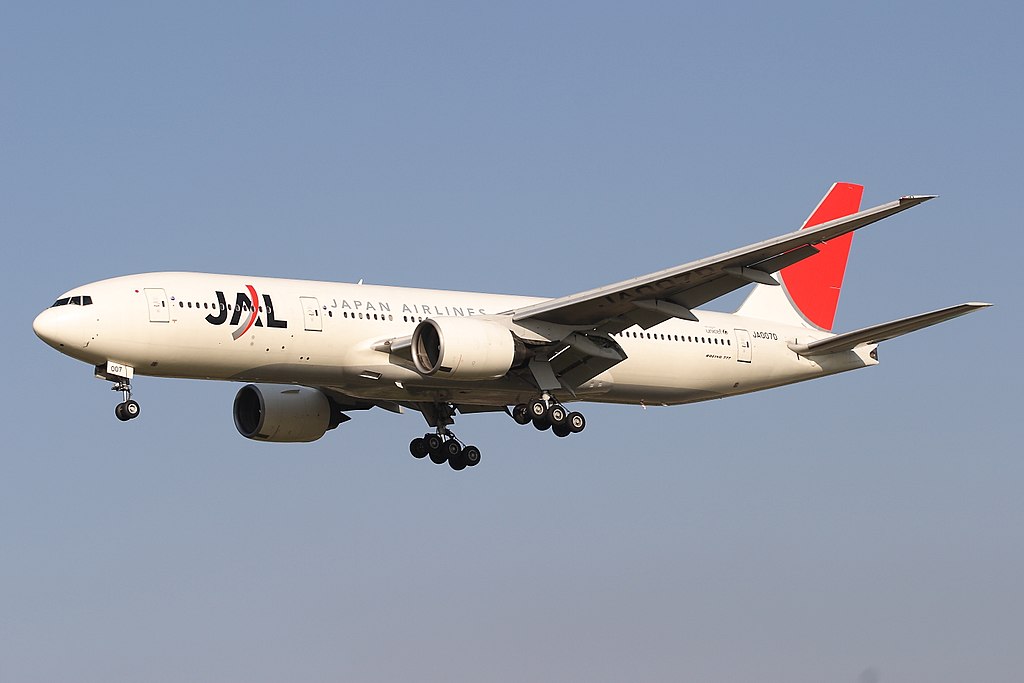 Boeing 777-200/ER operated by Japan Airlines (JAL) for both domestic and international flights.

The differentiator is that there are 42 seats in this more dense business class layout, as opposed to the more intimate 28 seats on the 787-9.

Similarly, there are 42 total seats in 2 mini-cabins with a 1-2-1 configuration.

Everything else in the business class cabin is located in front of you, meaning there won’t be people walking by you.

The 40 premium economy seats are spread out identically to the 777-300ER in the exact same configuration as above.

Row 17 is the bulkhead row, so your foot space and floor storage will be limited when in this row.

The 154 seats are arranged in an interesting 3-4-2 configuration.

The best seats are going to be on the right-hand side of the airplane because there are only 2 seats per row on that side.

Sitting on the right side of the aircraft means you’ll only share your row with 1 other person.

As a result, we believe those seats are the best seats on the aircraft.

You can sit in row 45 and 46 with bulkhead/exit row seats, but you’ll be close to the galley and lavatories, which can be unpleasant.