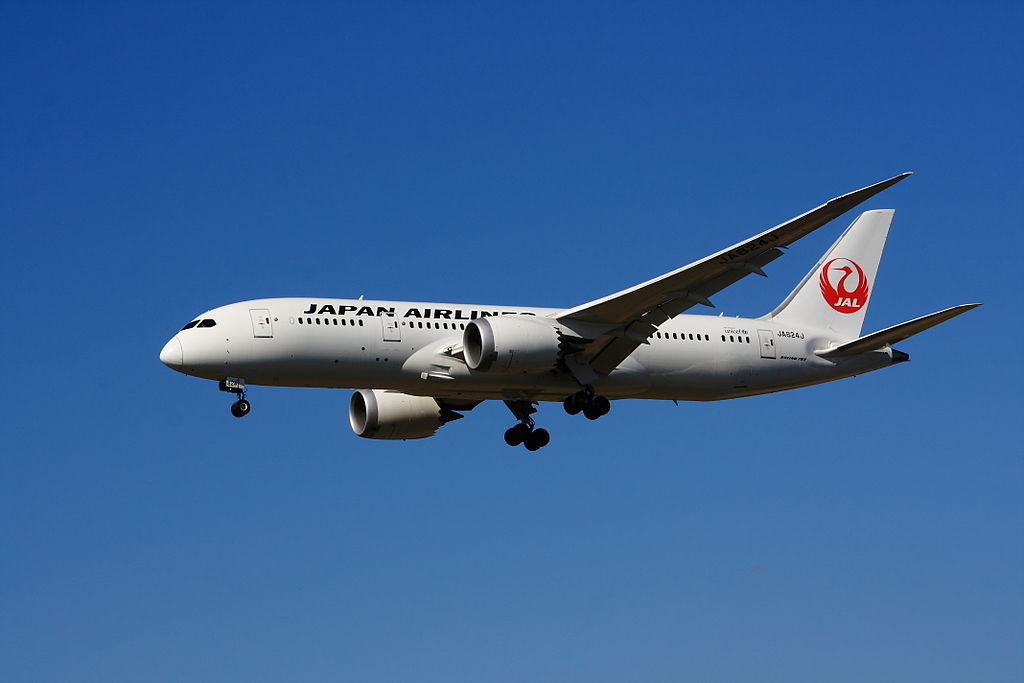 Japan Airlines is the first airline to operate the Boeing 787-800 Dreamliner service to and from North America.

The cabin has been updated with the latest features and amenities including larger overhead bins and windows, dimmable shades, higher ceilings, lower cabin pressure, personal ventilation air vents above each seat, Audio Video on Demand with large touch screen LCD’s, Sky Bar, and LED mood lighting throughout the aircraft.

All Sky Suite (Apex Suite) seats measure 25.5 inches wide and 74 inches in pitch and bed length, so the consistency is all there.

You’ll be 1 among only 30 business class passengers, and seating is arranged in a 2-2-2 configuration, with all seats having direct-aisle access.

As you can imagine, the best seats are in row 8, since it experiences the least foot traffic.

If row 8 is unavailable, the second best seats would be in row 2 because there’s some decent distance from the lavatories and galleys.

Economy class seats are 18 inches in width and 33 inches in pitch.

Additionally, the seats are configured 2-4-2.

Just keep in mind that the lavatory and galleys are located close to this row, so it could be noisy.