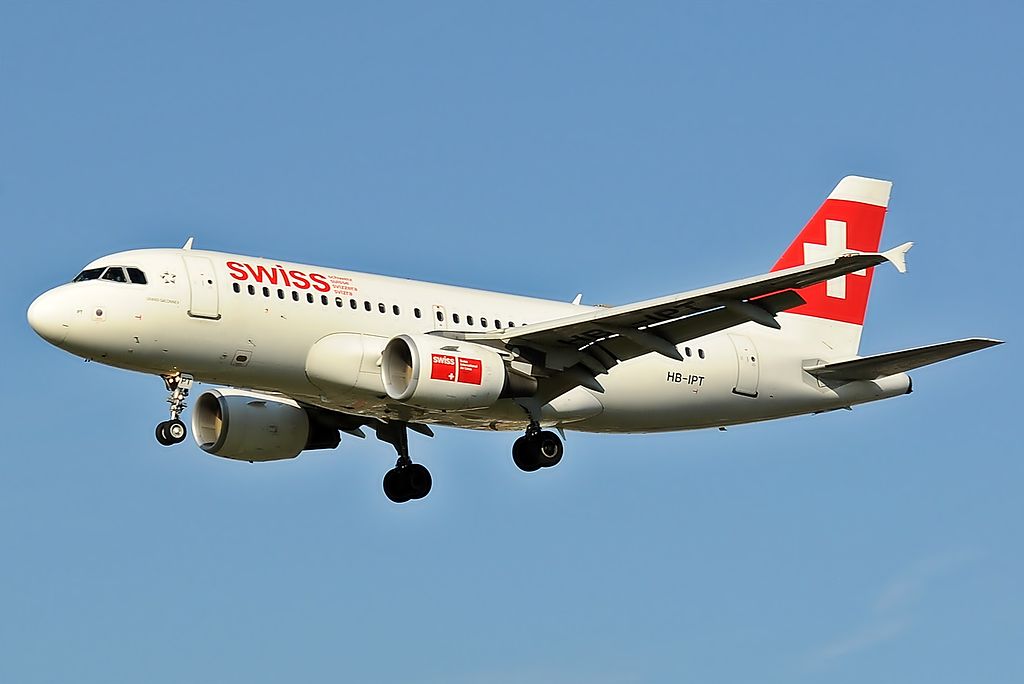 The two CFM56 engines accelerate the Airbus A319-112 to an average speed of 750 kilometres per hour.

SWISS uses this aircraft type within Europe and between Switzerland, Africa and the Near East.

They are an average of nine years old.

SWISS uses this aircraft on European flights between Switzerland, Africa and the Middle East.

The Business Class offers passengers more space since the middle seat is not being sold and thus remains free.

Swiss Business A319 configuration is 3-3, the same as in Economy.

However, middle seats are kept open in Business Class, which means more room for passengers.

Business class includes the major part of the seats – 60.

There are 16 rows of seats here.

In the business class the middle seats are not sold.

The seats of the 1st row are considered best seats as passengers of these seats will feel comfortable here thanks to the extra legroom provided by position of the bulkhead.

However these seats have no floor storage during take-off and landing and are narrower than standard as the tray tables are in the armrests making them immovable.

As there is an exit row behind the seats 9A and 9F are not reclining.

Passengers of the seats of the 10th row on the contrary will take advantage of extra space for their legs.

Among disadvantages of these seats: lack of floor storage during take-off and landing and reduced width of the seats.

Economy class consists of 8 rows of seats that have 3-3 configuration.

All Economy class seats are standard.

Only the seats of the last 36th row have such disadvantages as: proximity of the lavatories and galley and limited recline.

These seats are considered bad seats.

Thanks to visiting AirlinesFleet.com and read article : SWISS Fleet Airbus A319-100 Details and Pictures.

2 thoughts on “SWISS Fleet Airbus A319-100 Details and Pictures”