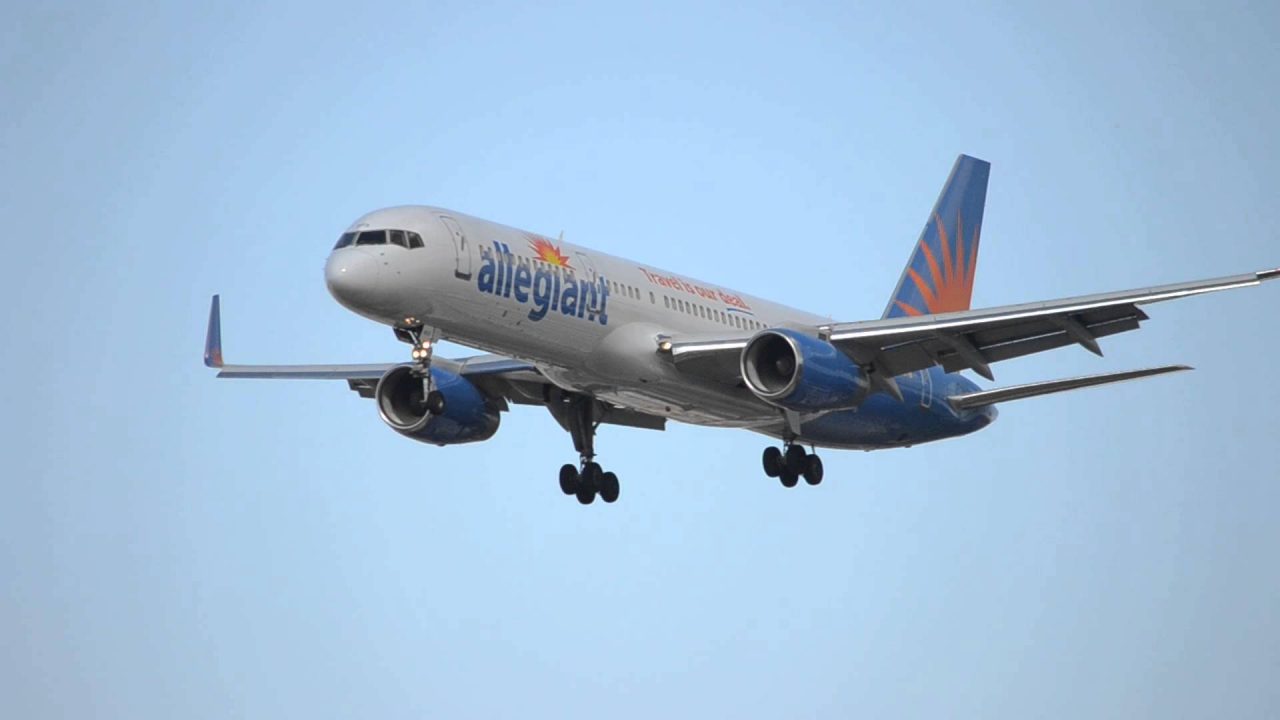 Boeing 757-200 was constructed to replace outdated Boeing 727 and included some technical achievements and innovations part of which are still relevant.

For instance, the cabin was equipped for the first time with guidance system based on computers that were calculating flight parameters. All information about systems operation is shown on displays.

The cabin of the aircrafts is configured to place 6 seats in a row. Interior and lighting are designed in such a way to provide comfort and space for passengers.

The low cost carrier once operated a fleet of six 757-200s, beginning in 2010. This was the first time that Allegiant had operated another aircraft type besides the MD-80, but has since added a significant Airbus fleet.

The 757s were gradually withdrawn from the fleet beginning in 2015, with the Hawaii to Bellingham route ending in 2014, followed by the Phoenix-Mesa, Eugene, and Stockton routes, which were all served during exclusively during the summer, being cancelled for the 2015 season citing low demand.

Service to Los Angeles was then axed in 2015, leaving Las Vegas as the only surviving route from Hawaii which ended on October 28th.

Allegiant initially planned to use the 757s for service to Mexico in addition to Hawaii, but these plans never materialized.

The 757s were initially supposed to leave the fleet in August of 2016, but Allegiant elected to continue Hawaii service for one more year, requiring two 757s to remain in the fleet.