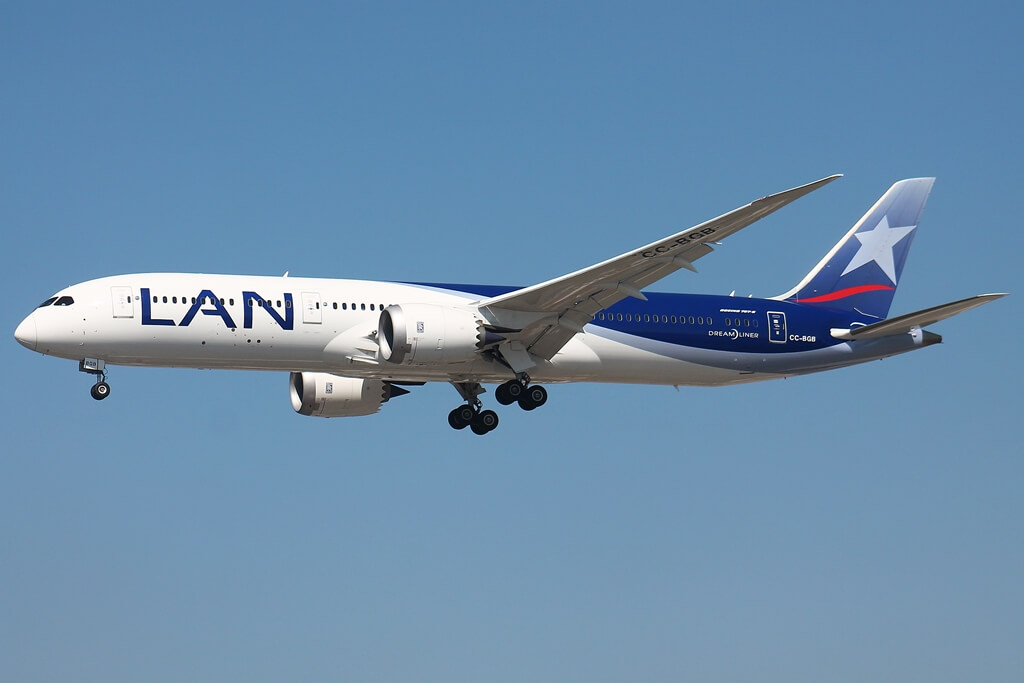 In addition, it uses up to 20% less fuel than similar planes and produces up to 20% fewer CO2 emissions, reducing environmental impact.

The windows are up to 40% larger, the storage bins are 30% bigger, it has LED lighting and new air humidification techniques.

These seats provide additional seat pitch and other amenities such as priority boarding and deplaning.

These seats provide additional seat pitch and other amenities such as priority boarding and deplaning.

Please note the seats in row 43 are generally designated as crew rest seats, and therefore may often not be available to book.

While the 787-8 has three rows of business class and then a cabin behind the second set of doors with two more rows, the 787-9 has a single business class cabin with five rows, in a 2-2-2 configuration.

However, they don’t have any sort of a privacy partition between seats, while the 787-8 does have a small partition.

Each seat had an ottoman, and then a storage compartment between the entertainment monitors, as well as storage underneath the ottomans.