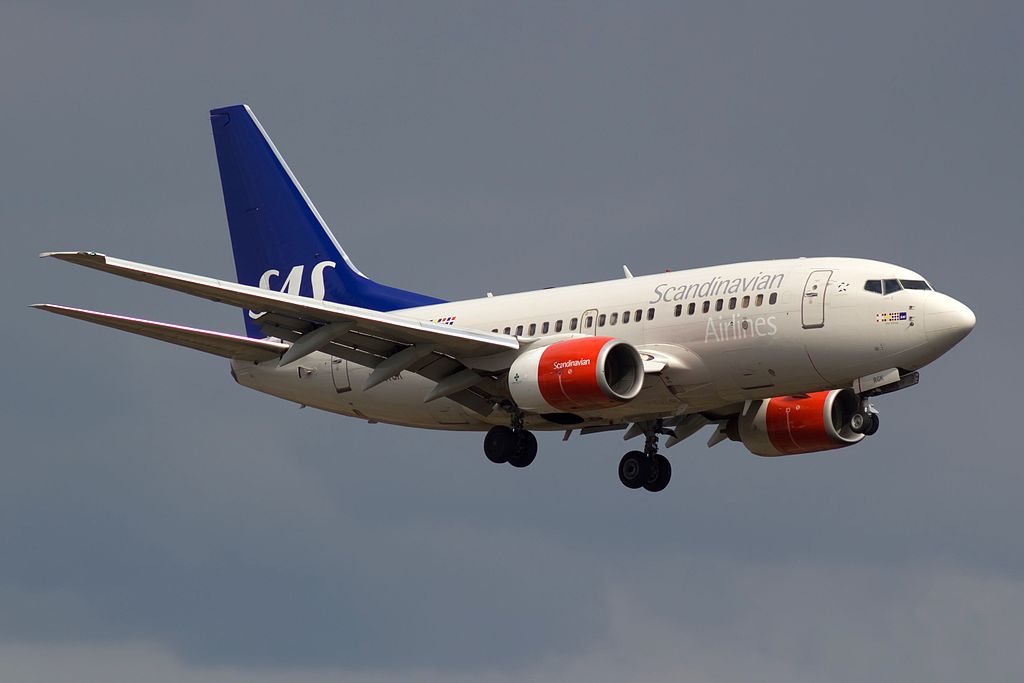 This aircraft configured on single economy class with 120-123 seats option.

A total of 69 have been produced, the last aircraft was delivered to WestJet in 2006.

Winglets were not an option.

First version has 123 seats in a one-class configuration of Economy.

Second version has 120 seats in a one-class configuration of Economy.

Unlike Version 1 of this aircraft, most seats on this plane recline.

Passengers traveling with the SAS Go services receive the following benefits: tickets can be changed for a fee, 24-hours money-back guarantee, 1 piece of baggage up to 50 lb/23 kg per person, child discount, internet check-in by SAS app, SMS or at the airport, mobile boarding pass, choose your seat free of charge up to 22 hours before departure at check-in, newspaper, coffee and tea included, free breakfast before 9am on Nordic domestic flights, food and drinks on board for purchase, WiFi access on board for purchase where available, 100% EuroBonus points.

Thanks to visiting AirlinesFleet.com and read article : SAS Fleet Boeing 737-600 Details and Pictures.