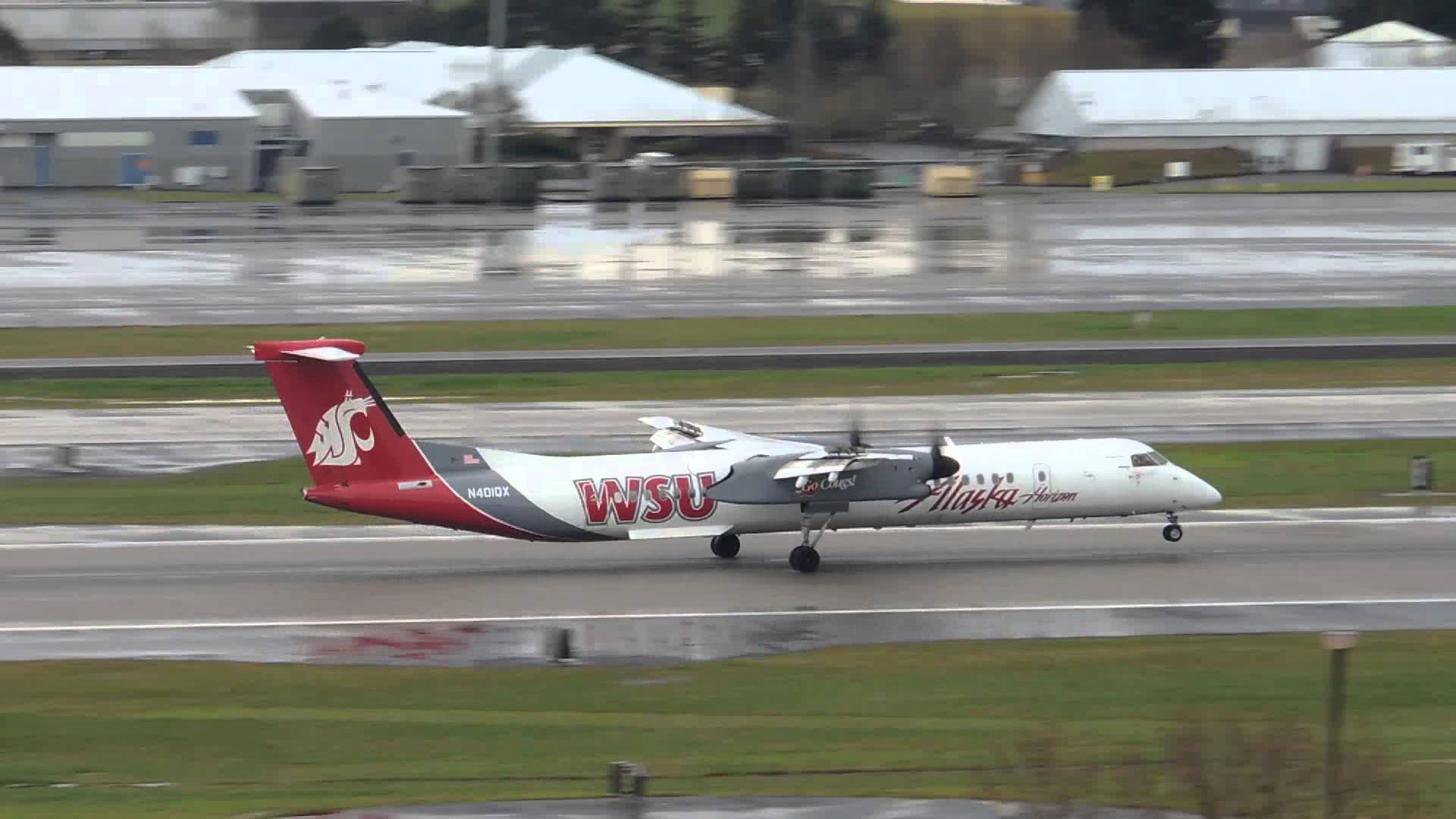 A look closer though and you will see that it is part of Horizon Air’s new strategy to salute four major regional universities by painting several of its 70-seat aircraft with university colors and logos.

Horizon Air, a sister company of Alaska Airlines, formulated the strategy lining up permission from the universities to use the copyrighted logos. No money will exchange hands as part of the promotion.

Because the jets were up on the paint rotation, Horizon isn’t paying extra for the paint job, either. Horizon typically pays between $40,000 and $50,000 to paint a plane. 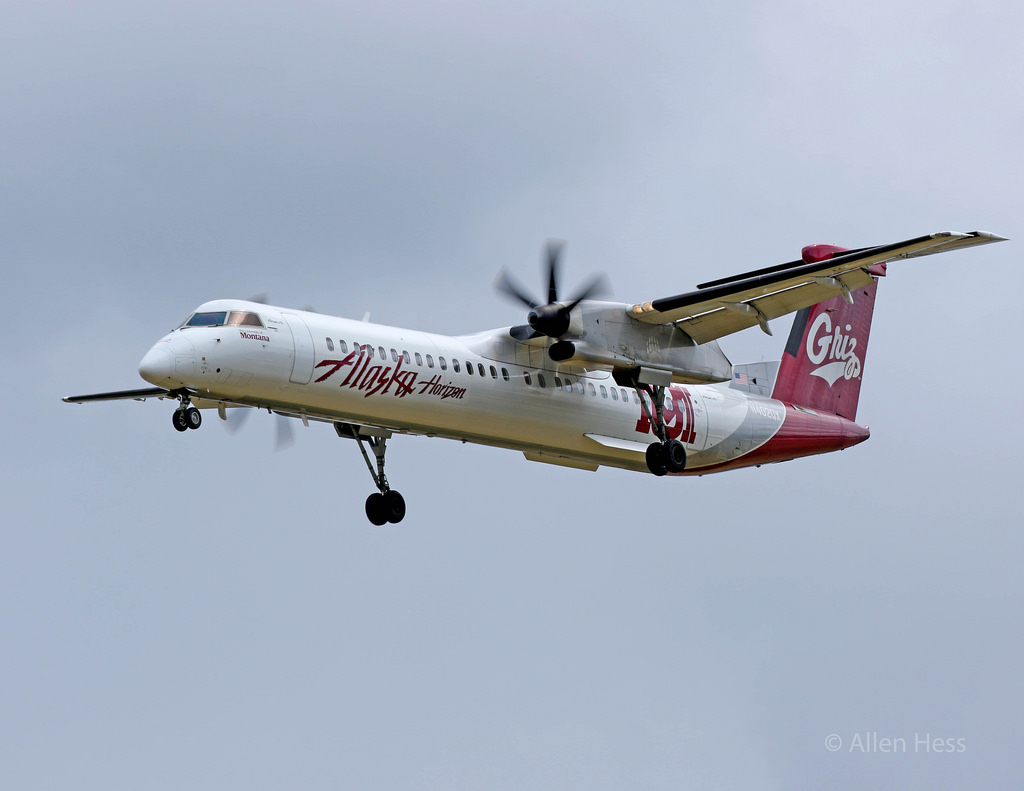 About University of Montana Grizzlies

University of Montana athletic teams are nicknamed the Montana Grizzlies, often shortened to Griz or Lady Griz (Lady Griz is only used when referring to the women’s basketball team; all other women’s teams are known as the Griz).

The University has competed in the NCAA’s Big Sky Conference since the conference was formed in 1963. From 1924 to 1950, the University of Montana was a member of the Pacific Coast Conference (precursor to today’s Pac-12).

The University of Montana has an ongoing rivalry with Montana State University, most notably the cross-state football matchups, known as the “Brawl of the Wild.” 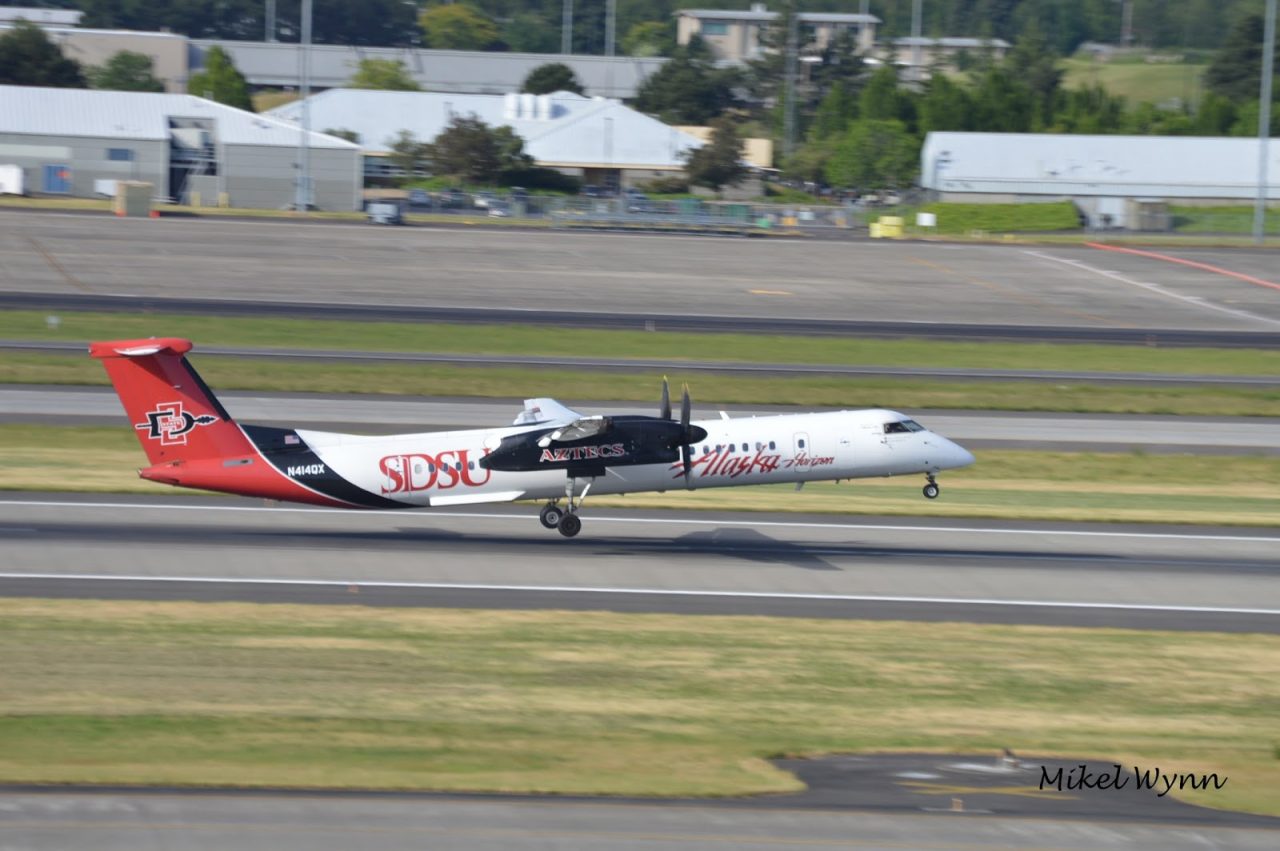 It took a crew of eight people working around the clock for seven days at Associated Painters, located in Spokane, WA to paint the Bombardier Dash 8 Q400 on san Diego State University Aztecs (SDSU) livery.

The painting required 32 gallons of white paint, 10 gallons of red paint and four gallons of black paint. In addition, about 2,000 sheets of sandpaper and 10,000 yards of masking tape were also used.

The Aztecs compete in NCAA Division I (FBS for football). Its primary conference is the Mountain West Conference.

The women’s water polo team participates in the Golden Coast Conference after leaving the Big West Conference in July 2013.

The men’s soccer team participates as an associate member of the Pac-12 Conference.

The women’s rowing team is a member of the American Athletic Conference (The American), following moves from the Western Intercollegiate Rowing Association (WIRA) to Conference USA (C-USA) in 2013[3] and from C-USA to The American in 2014. 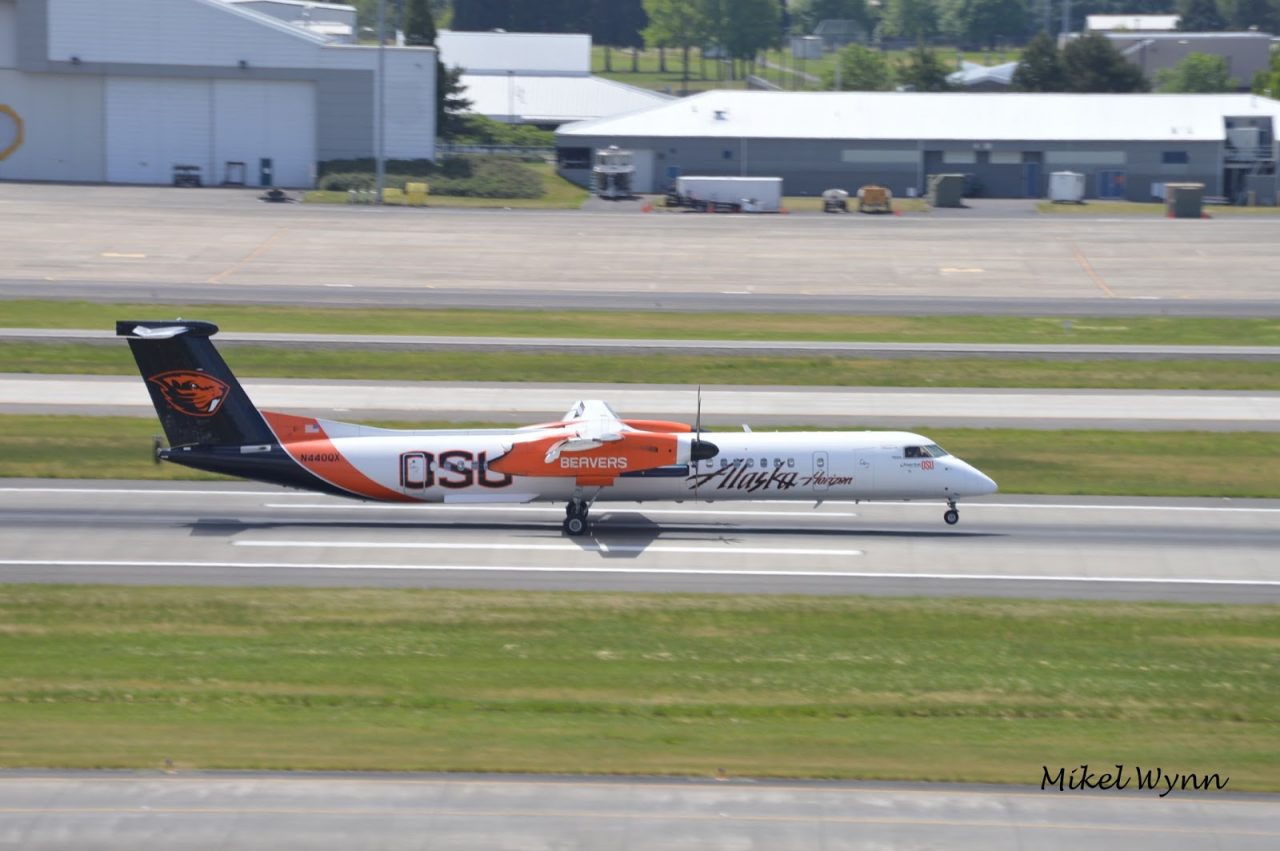 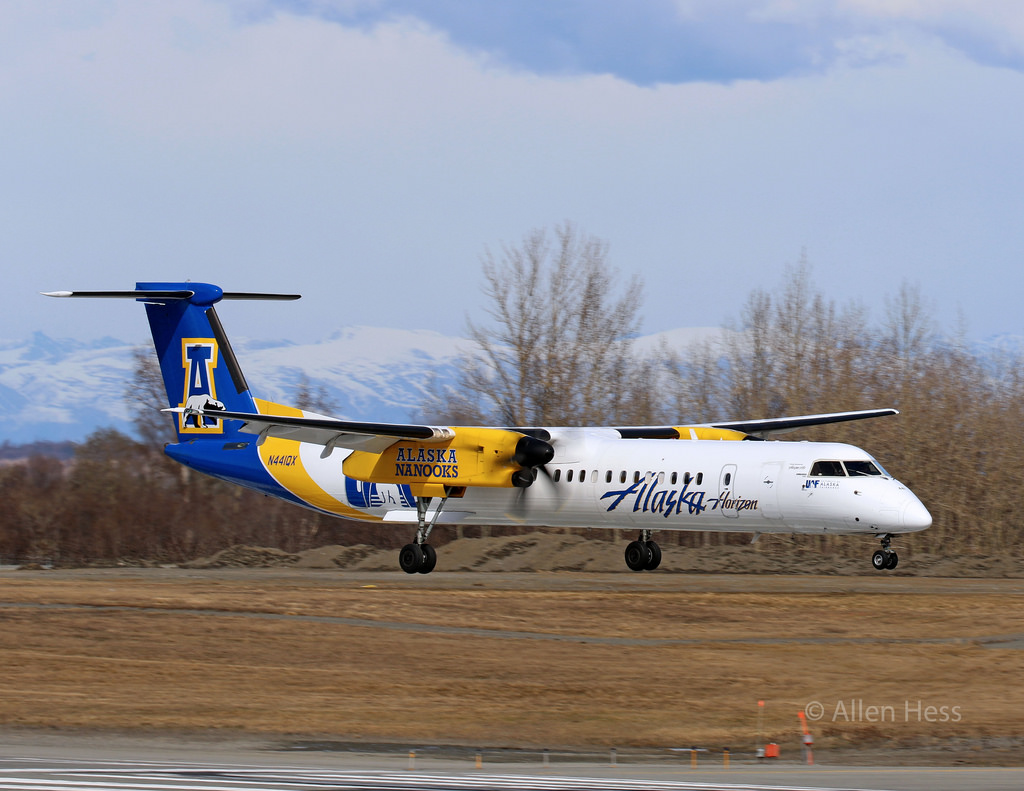 The aircraft will begin flying primarily between Anchorage and Fairbanks and Anchorage and Kodiak when Alaska Airlines’ sister carrier, Horizon Air, introduces the Bombardier DHC-8-402 (Q400) to the state of Alaska.

About the University of Alaska Fairbanks

The University of Alaska Fairbanks is the state’s Land, Sea and Space Grant institution, enriching the lives of Alaskans through teaching, research and service at campuses in Fairbanks, Kotzebue, Nome, Betheland Dillingham; six campus centers in interior Alaska and the Aleutians; and dozens of sites throughout the state.

Founded in 1917, UAF is the birthplace of the University of Alaska system and continues to inspire innovation throughout Alaska’sdiverse communities.