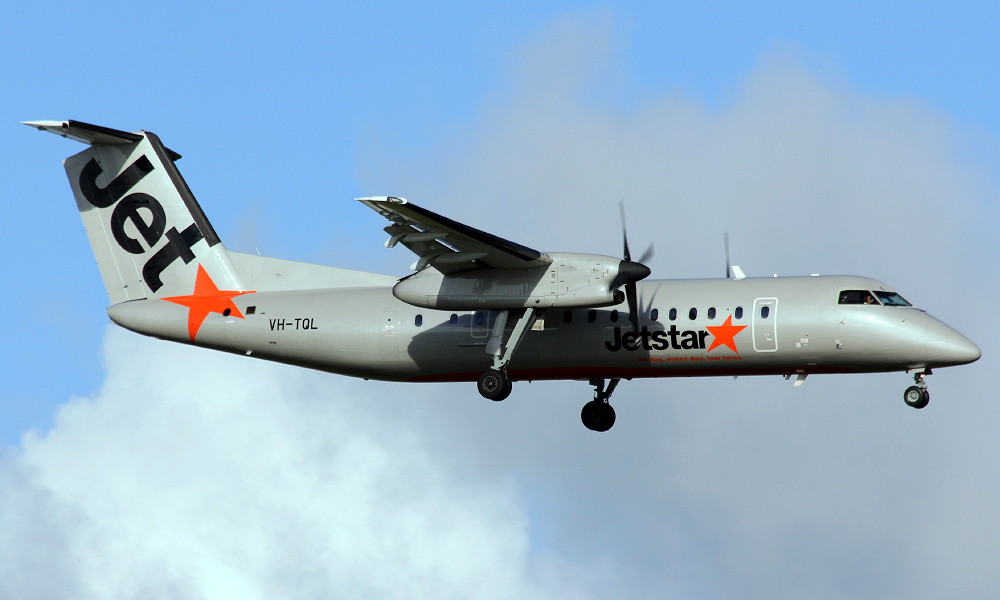 The aircraft were formerly used by QANTAS Link and will be the first turbo-props to fly under the Jetstar brand.

Regional New Zealand flights on the Bombardier Dash 8 Q300s will be operated by Eastern Australia Airlines for Jetstar Airways.

There are 50 leather seats laid out in an all-economy class configuration.

Seats 1E and F sit opposite seats 1C and D, and are rear-facing seats.

The seat was comfortable, and the legroom was more than enough; not what you’d typically expect from an aircraft of this size.

The airline does not provide any seatback or overhead TVs, or entertainment app.