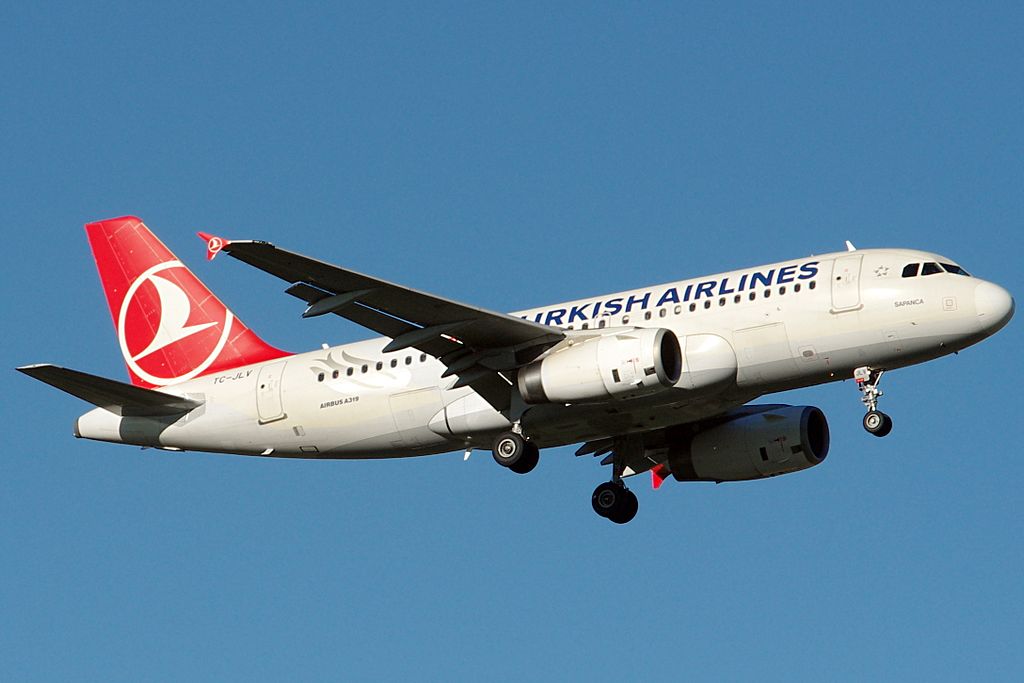 A319 is shortened by 7 meters (due to reduction of number of passenger seats by two rows) modification of airplane A320.

Thanks to construction of variants with different flying range and passenger capacity, operators of this airplane get a lot of advantages.

Except the base model that is intended to transport 124 passengers on 6650 kilometers distance airline companies are also offered variant with capacity up to 156 seats.

The Business Class cabin is separated by a curtain on these aircraft, and so you’d think there wouldn’t be any difference in seat comfort compared to Economy.

However, there really is, as the legroom is vastly superior in Business Class.

At 37in it’s one of the biggest pitches on any intra-European flight, and so while the seat itself is a standard Economy seat, the legroom, as well as the added convenience of having a free seat in-between each occupied seat in Business Class, make the cabin feel markedly nicer than Economy.

This makes a huge difference compared to the intra-Europe business class products on British Airways and Lufthansa, where you have about 30″ of pitch.

Business class consists of three rows of seats per 4 seats in each.

The middle seats are not sold.

Because of the bulkhead position the seats of the 1st row have limited space for passengers’ legs.

Among other disadvantages: lack of floor storage during take-off and landing and reduced width of the seats as the tray tables are built-in the armrests making them immovable.

Seats of the economy class have 3-3 configuration.

These seats are divided into two sections.

Because of the exit row located behind the seats of the 8th row are less reclining than standard.

Behind the exit row the second section of economy class seats is located.

Passengers of the seats of the 9th row will take advantage of extra legroom.

However, these seats are narrower than standard and have no floor storage during take-off and landing.

Noise from the lavatories located behind the seats 22C, 22D and the seats of the 23rd row will cause discomfort to passengers of these seats.

Thanks to visiting AirlinesFleet.com and read article : Turkish Airlines Fleet Airbus A319-100 Details and Pictures.