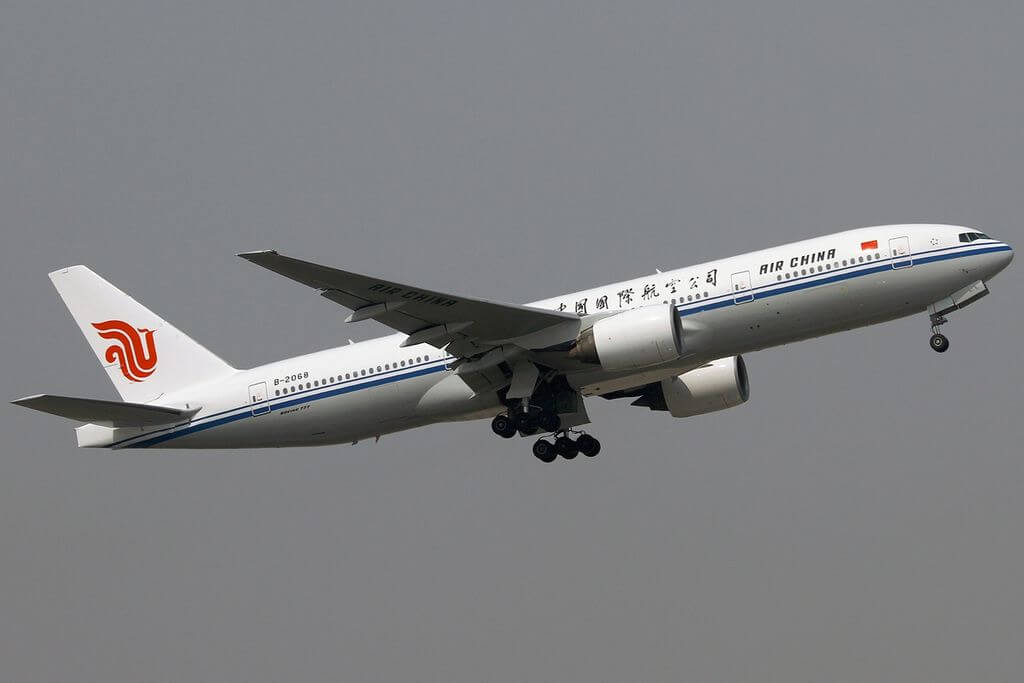 B-2069 operated the last flight, flight CA 1316 from Guangzhou to Beijing.

The two aircraft are presumably available as back-up aircraft in the short term before final dispersal.

One of their last international flights was from Beijing to Tokyo Narita.

Air China’s business class cabin on their Boeing 777-200s is located between doors 1L and 2L.

They are arranged in a 2x2x2 configuration and are fully flat.

There are 5 rows of seats. The cabin is accented with purple and for some reason.

Seat controls are on the center console, and are easy to use.