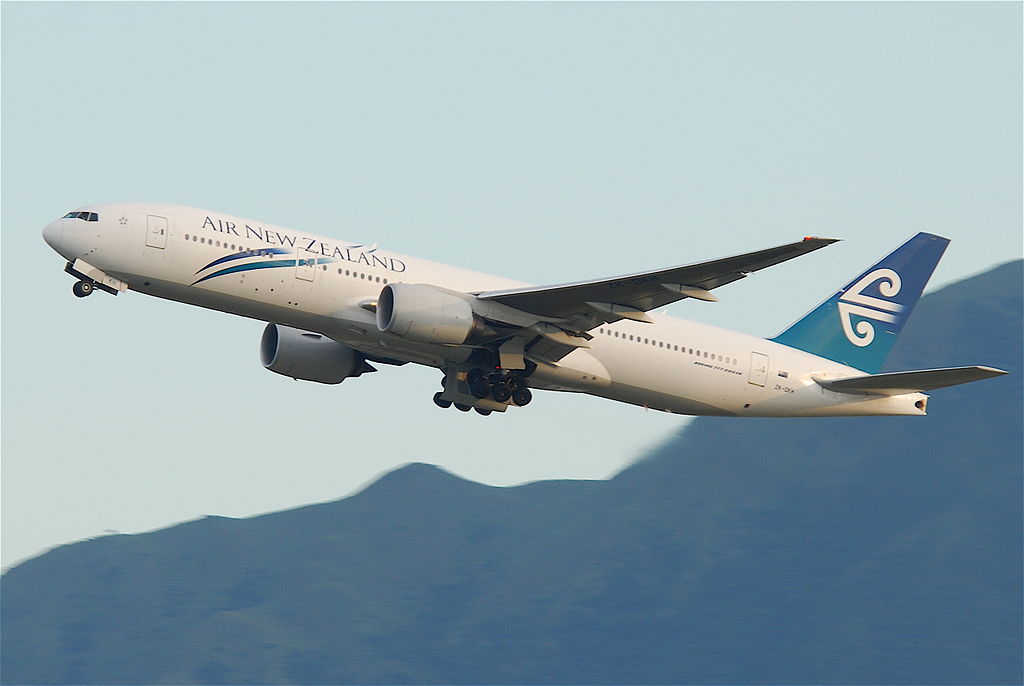 Economy Skycouch seats are featured on this aircraft and are available for purchase at an additional cost.

These seats are indicated in blue outline on our seat map.

Air New Zealand’s description states that the Economy Skycouch is a row of three Economy Class seats that together create a flexible space for whatever you want it to be – an area to relax and stretch out in, or for the kids to use as a play area.

It is like having your very own couch on the plane.

There is only one business class cabin on the Boeing 777-200s, located between doors 1L and 2L.

Because everyone else boarded through door 2L, there was no additional foot traffic through the business class cabin and the flight attendants were able to walk around to assist passengers and serve pre-departure drinks.

As for the Boeing 777s, only some of the 777-200s are still configured with the first generation Business Premier seats.

The rest of the Boeing 777-200s, 777-300ERs and 787-9 Dreamliners are all outfitted with the second generation Business Premier seats.

But don’t worry if you find yourself with the first generation seats.

The second generation seats are just newer and prettier.

Functionally, they are nearly identical and offer the same width, pitch and lie-flat surface.

On the first generation Boeing 777-200s, the Business Premier cabin is configured with 26 seats in a 1 x 2 x 1, herringbone layout.

These are the same type of seats used by other airlines such as Air Canada, Delta and Virgin Atlantic.

Behind the business class cabin is a small premium economy class cabin with 64 seats in a 3 x 3 x 3 layout.

The premium economy seats offer 41 inches of pitch and 17.8 inches of width.

However, you should know the tray tables are located in the fixed armrests and cause the seats to lose a little bit of width.

So yes, you are getting a ton of extra legroom but you will sacrifice a tiny bit of hip space.

Behind the premium economy cabin class are two economy class cabins with standard seats in a 3 x 3 x 3 layout.

Standard economy seats offer 31 to 33 inches of pitch and 17.8 inches of width.

These aren’t the best numbers but they are better than economy class seats on their Boeing 777-300ERs with 10 seats across and 17.1 inches of width!

They offer 79.5 inches of pitch, 22 inches of width and when fully reclined, the bed measures 6.5 feet in length.

These seats have a ton of storage spaces nearby but the seat itself felt a little confined and claustrophobic.

In addition to the overhead bins, there are plenty of small pockets at the seat to keep your passport, cell phone, laptop and other small electronics nearby.

The ottoman doubles as a guest seat if you want to have dinner with someone and as an extension of your seat in bed mode.

Herringbone seats are great for solo travelers as they offer direct aisle access for every passenger but not so great for people traveling together.

The only disadvantage of the seats 1BJ is location of the galley in front the noise from which may cause discomfort.

Galleys and lavatories located behind the seats of the 7th row may also represent a problem for passengers of these seats.

Behind the business class seats 40 recliner seats of premium economy class are located.

There are totally 5 rows of seats that have 2-4-2 configuration.

For passengers travelling with infants the seats 23AB and 23JK offer bassinets.

Among disadvantages of the seats of the 23rd row are: close location of the galley and lavatory, reduced width and lack of floor storage during take-off and landing.

The seats of the economy class are divided into two sections.

Position of the bulkhead will cause inconvenience to passengers of the seats of the 35th row.

Passengers traveling with babies are often seated on the seats 35ABC and 35HJK as these seats offer bassinet locations.

ABC and HJK seats of the rows 36-44 are the seats that may be converted into Economy Skycouch seats if three seats will be purchased together.

The foot rest of ABC and HJK seats can be raised creating a couch-like seat that is very comfortable during long-haul flights.

Close proximity of the lavatories may represent a problem for passengers of the seats of the 46th row.

The second section of economy class seats is located behind the exit row and includes 15 rows of seats.

Thanks to the exit row located in front passengers of the seats 47AB and 47JK will take advantage of extra space for their legs.

However, as the tray tables are in the armrests making them immovable, the width of these seats is reduced a little and these seats have no floor storage during take-off and landing.

Another disadvantage of these seats as well as of the seats 48C, 48DEFG and 48H is congregation of passengers in this area who are waiting to visit lavatories located in front.

As there are no seats in front the seats 48C and 48H are often bumped by other passengers passing by.

Passenger travelling with babies are often seated on the seats 48DEFG that have two bassinet locations.

These seats are narrower than standard and have no floor storage during take-off and landing.

Passengers tend to gather (in order to visit lavatories) in the area of the seats 59AB, 59JK, 60D, 60G and 61DEFG causing discomfort to passengers of these seats.

Also, the seats 59AB, 59JK and 61DEFG are less reclining than standard and these seats are considered bad seats. 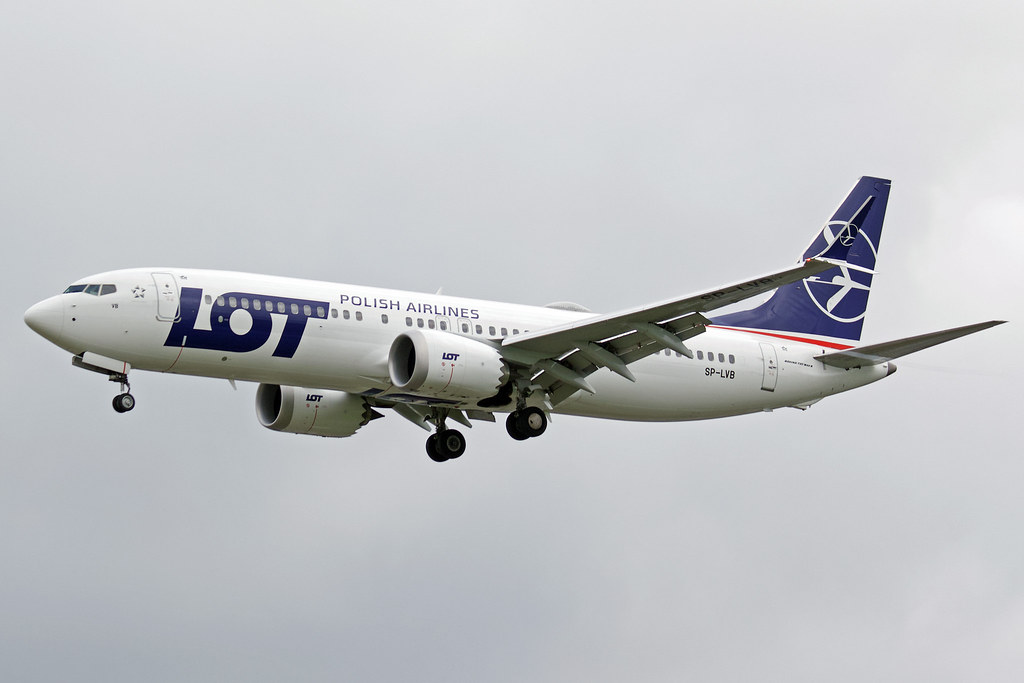 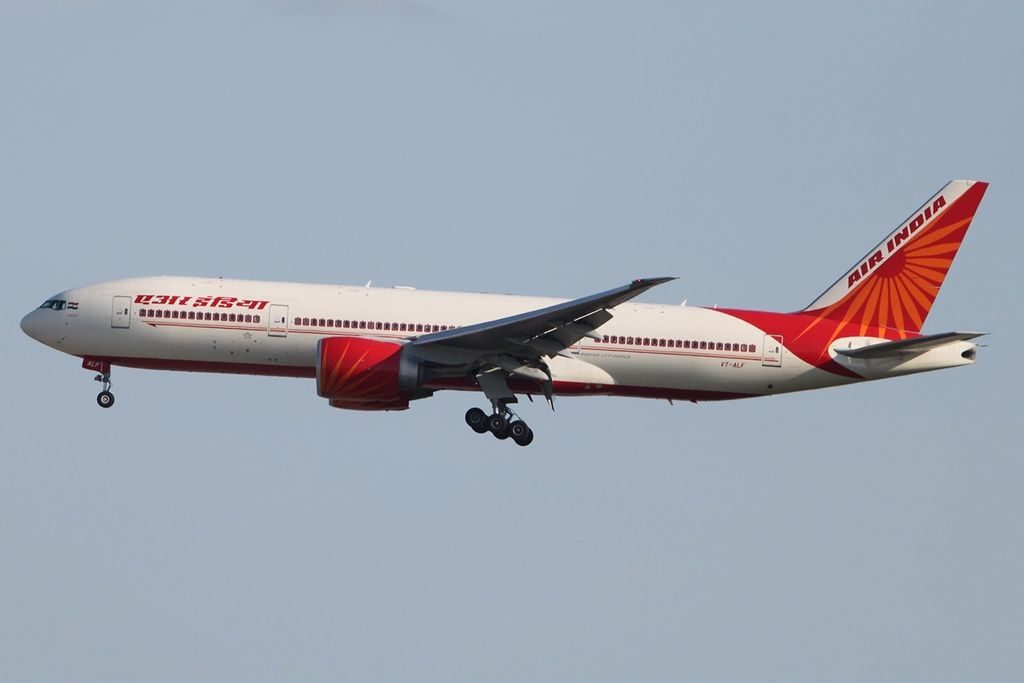